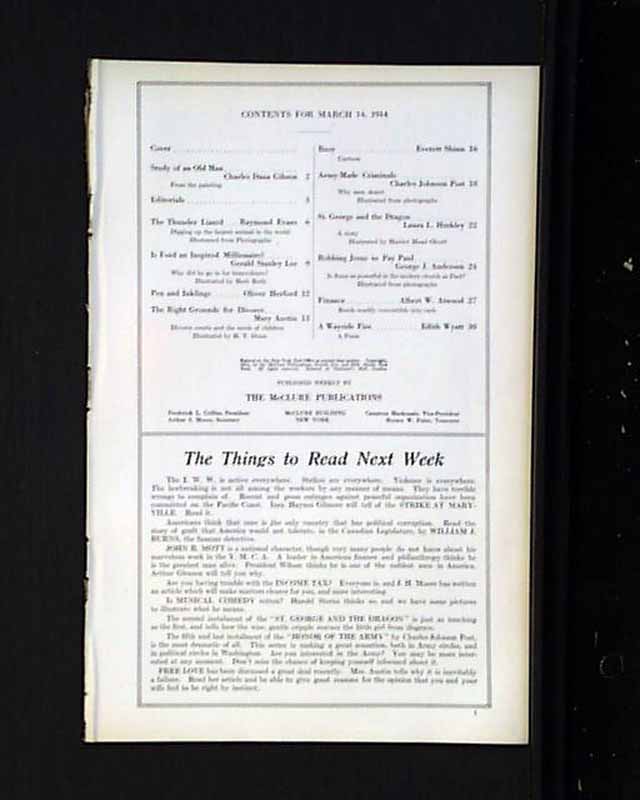 In this issue there is an illustration called "Study of an Old Man" by Charles Dana Gibson. There are several articles in this issue including "The Thunder Lizard" by Raymond Evans; "Is Ford an Inspired Millionaire?" by Gerald Stanley Lee; "The Right Grounds for Divorce" by Mary Austin; "Army-Made Criminals" and "Robbing Jesus to Pay Paul" by George J. Anderson.

There are also several illustrations in this issue including "Pen and Inklings" by Oliver Herford and the double page illustration titled "Busy" by Everett Shinn plus much more.