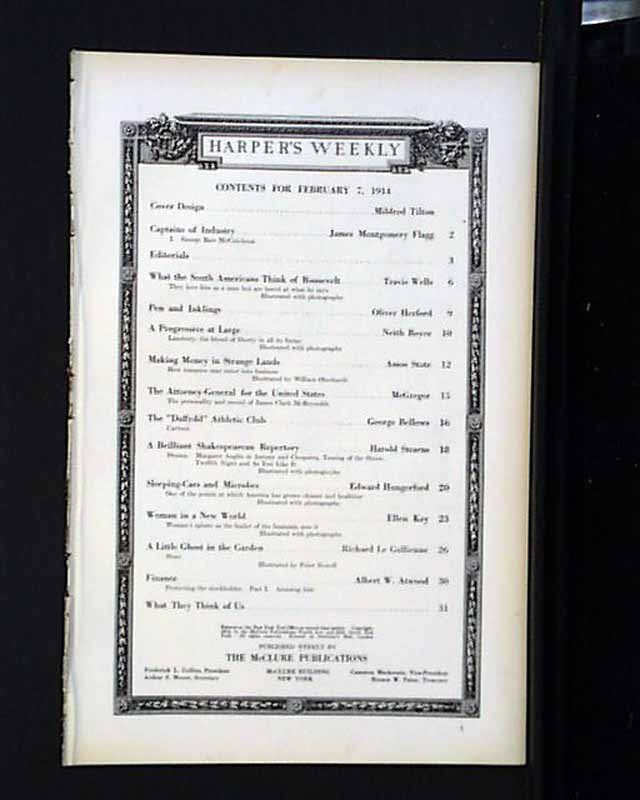 In this issue there is an illustration titled "Captains of Industry--1. George Barr McCutcheon" by James Montgomery Flagg. There are several articles in this issue including "What the South Americans Think of Roosevelt" by Travis B. Wells; "A Progressive at Large" by Neith Boyce; "The Attorney-General for the United States" by McGregor; "A Brilliant Shakespearean Repertory" by Harold Stearns; "Sleeping-Cars and Microbes" by Edward Hungerford; "Woman in a New World" by Ellen Key plus much more.

There is also several illustrations in this issue including "Pen and Inklings" by Oliver Herford; the double page illustration which is titled "Meet of the 'Daffydil' Athletic Club" by George Bellows plus much more.