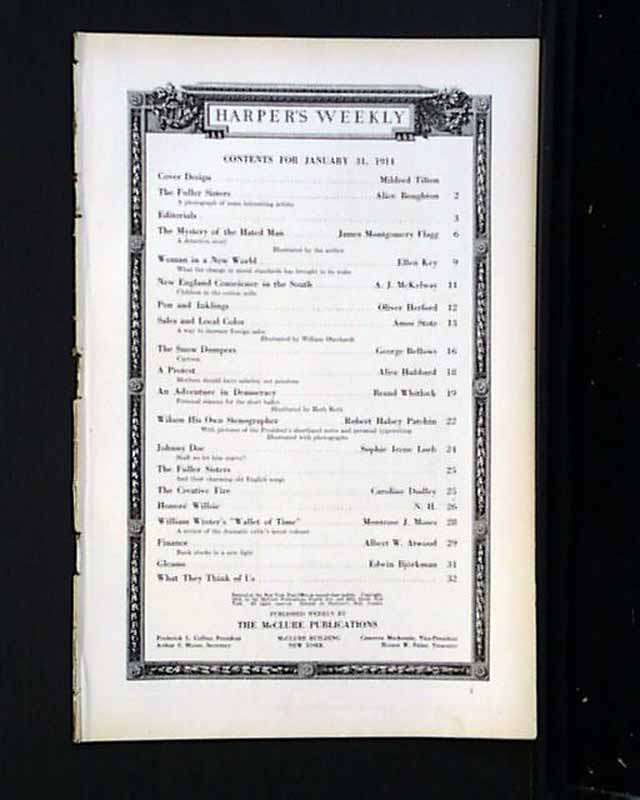 In this issue there is a photo titled "The Fuller Sisters" by Alice Boughton. There are several articles in this issue including "The Mystery of the Hated Man" by James Montgomery Flagg; "Woman in a New World" by Ellen Key; "New England Conscience in the South" by A. J. MecKelway; "Sales and Local Color" by Amos Stote; "A Protest" by Alice Hubbard; "An Adventure in Democracy" by Brand Whitlock; "Wilson His Own Stenographer" by Robert Halsey Patchin; "Johnny Doe, His Mother and the State"; "The Fuller Sisters"; "Honore Willsie" by N. H. which includes several photos; "William Winter's 'Wallet of Time'" by Montrose J. Moses plus much more.

There are also several illustrations in this issue including "Pen and Inklings" by Oliver Herford; the double page illustration which is titled "The Snow Dumpers" by George Bellows plus much more.