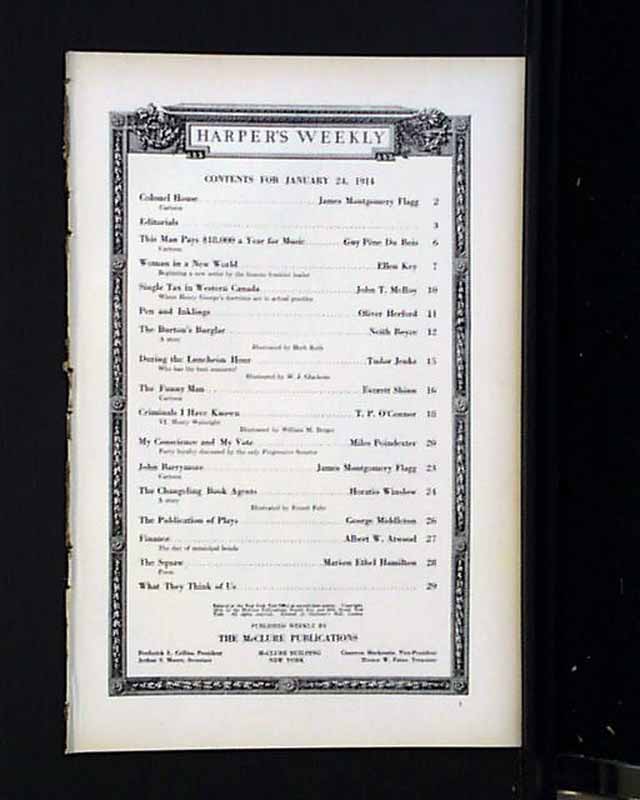 There are also several articles in this issue including "Woman in a New World" by Ellen Key; "Single Tax in Western Canada" by John T. McRoy; "During the Luncheon Hour" by Tudor Jenks; "My Conscience and My Vote" by Miles Poindexter and " The Publication of Plays" by George Middleton plus much more.