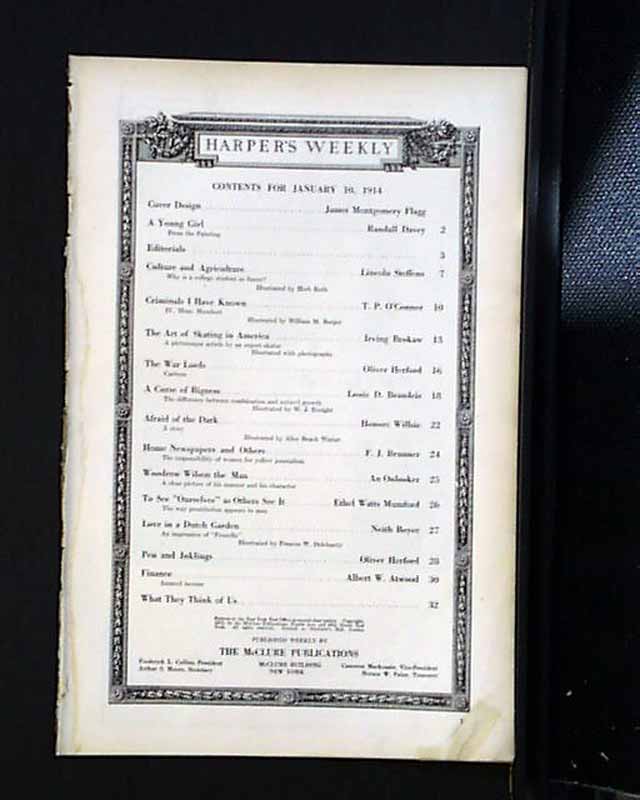 There are also several articles in this issue including "Culture and Agriculture" by Lincoln Steffens; "Criminals I Have Known" by T. P. O'Connor; "The Art of Skating in America" by Irving Brokaw; "A Curse of Bigness" by Louis D. Brandeis; "Afraid of the Dark" by Honore Willsie; an article entitled "Woodrow Wilson the Man" plus much more.