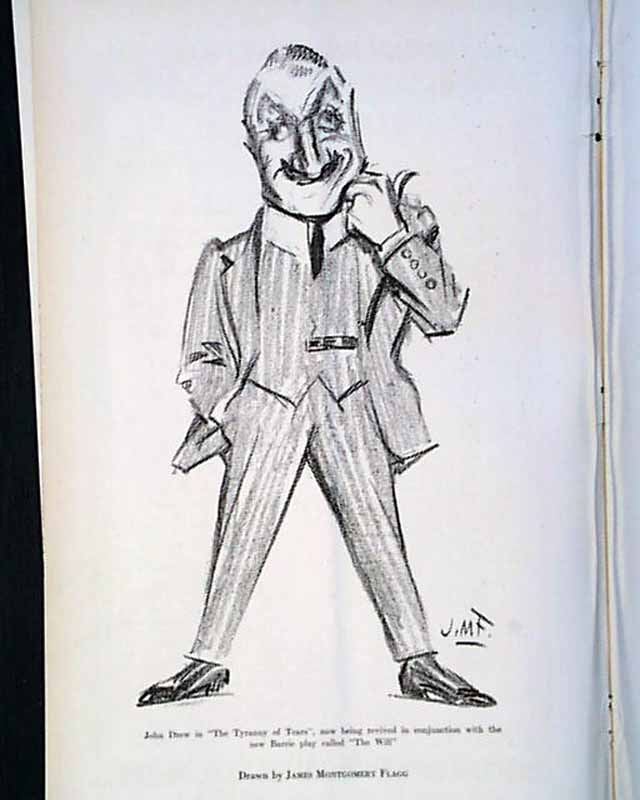 In this issue there is an illustration called "John Drew in "The Tyranny of Tears", now being revived in conjunction with the new Barrie play called "The Will'" by James Montgomery Flagg. There are several articles including "Society You Read About" by Harrison Rhodes; "Bird for Governor" by Frederick T. Fuller; "The Sullivan's Power" by Roy Crandall; "Flying Ten Thousand Miles--Part III" by Claude Grahame-White; "How Murphy Works" by Edmund R. Terry and "Current Athletics" by Herbert Reed. There are also several illustrations including the double page illustration, "The Artist Failed to Turn Up" by Everett Shinn. There is also an article with photos called "Drama" plus much more.