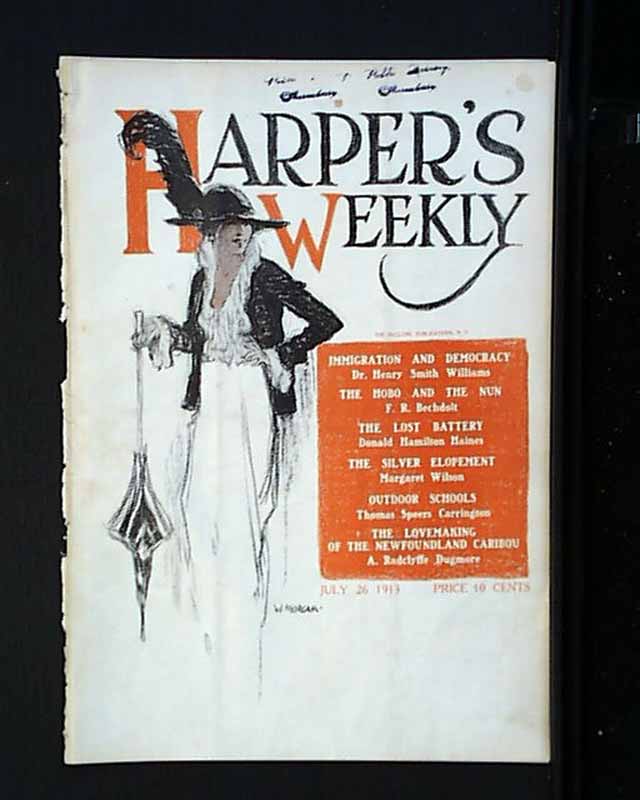 In this issue there is a photo with a caption that says "A fishing-smack containing seven men capsized in a sudden squall on Gravesend Bay. Six of the Party were Taken off by Life-Lines; But the Last Man could not Swim, and He Refused to leave His Perch Until Half a Dozen Launches Closed in and a Life-Preserver was Tossed to Him." There is also a full page photo called "The Tenth Inning" and the double page centerfold has many smaller photos with include "The Fifty-Million-Dollar Baby Inspecting his Live Stock" plus much more.