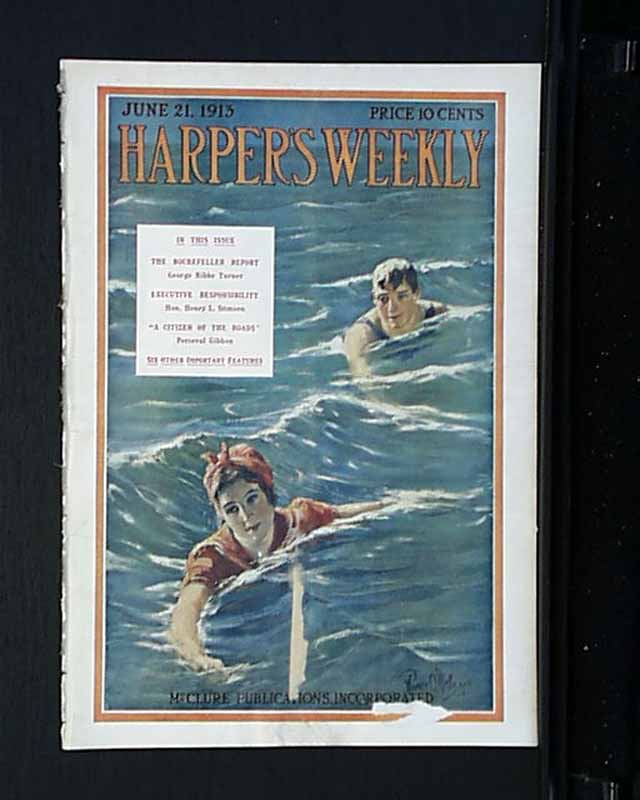 In this issue there is a photo called "Burial in Air" and there is an article with photos called "The Theater of Thrills." The centerfold has many photos of different news during the week plus much more.