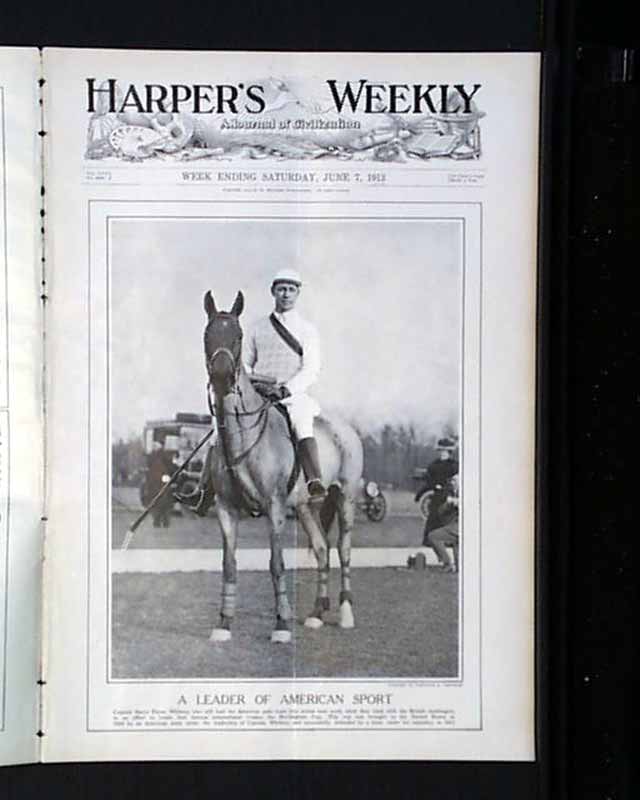 
HARPER'S WEEKLY, from New York City, dated June 7, 1913  The front page has a photo: "A Leader of American Sport." Also included is a photo spread of Four Generations of Morgans" plus there are several articles in this issue including "Revitalizing the National Guard"; "Montana's Treasure City"; "The Inland Empire of the Northwest" and "California's Side of It" The double page illustration is called "Perplexed" by John A. Coughlin and there is a photo spread of "Plays and Players" plus much more.

Other advertisements of the day are included as well, helping to portray life at the turn of the century. This issue is in very good condition. The color cover is not present.