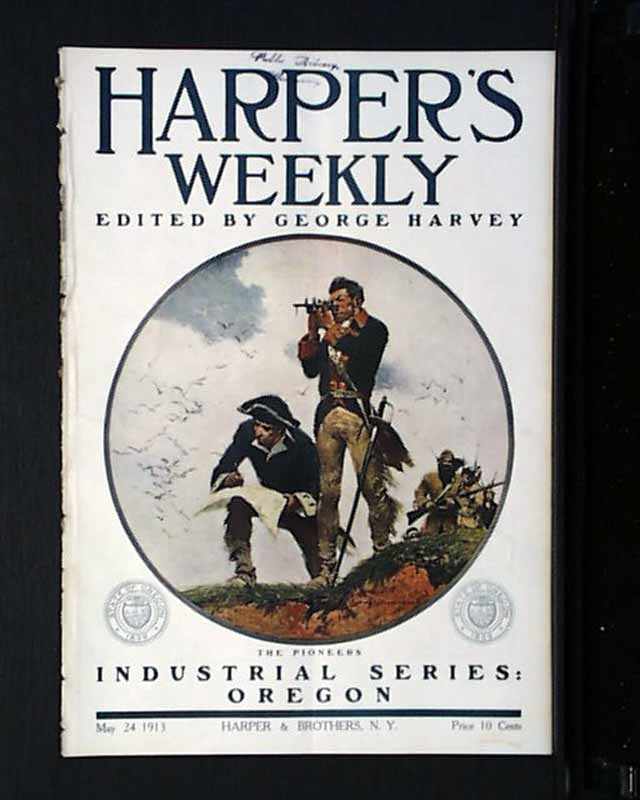 This issue has a color cover sheet over it. The front page has an article called "Our Peripatetic Secretary of State."

In this issue there is an illustration called "Our Angel of Peace" by C. J. Budd. There are several articles including "Portland the Optimistic"; "The American Northwest"; "The Northwest's Need of Men" and "Helping the Man on the Land." There is a photo spread called "Plays and Players" plus much more.