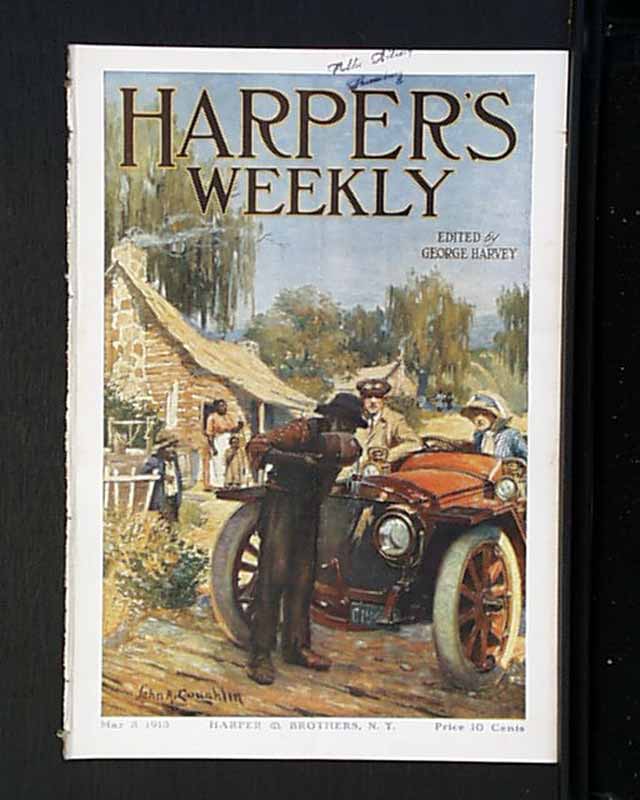 This issue has a color cover sheet over it. The front page has an article called "Secretary Bryan in California."

In this issue there is an article called "Playing With Dynamite" and the double page illustration is called "From Producer to Consumer" by C. M. Relyea. There is a photo spread of "American Artists at the Paris Salon" plus much more.