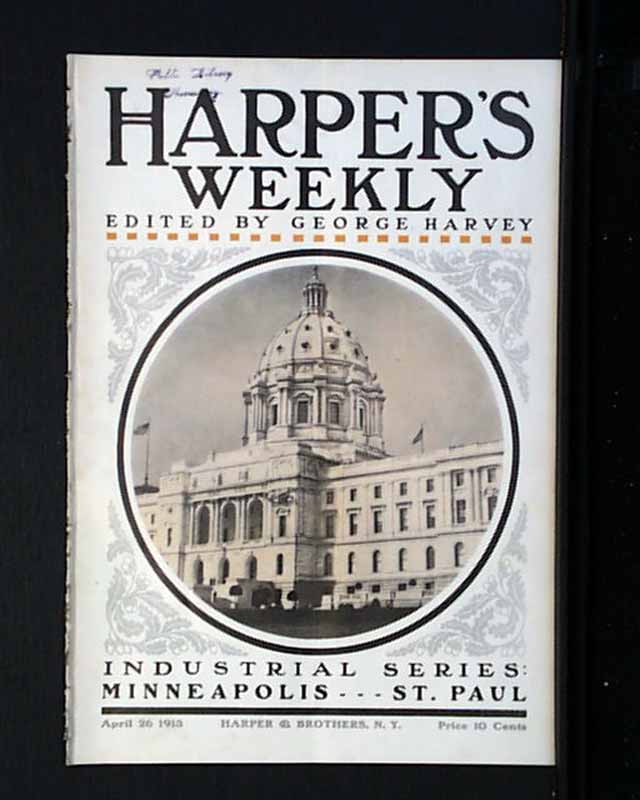 This issue has a color cover sheet over it. The front page has an article called "The Disaffection of Mr. Hearst."

In this issue there is an article called "Seeking a New Continent" by Vilhjalmur Stefansson and there are photos of "A Motor-Car for War Aeroplanes." There are several articles about Minneapolis such as "Minneapolis, rich and Beautiful"; "Minneapolis and the Northwest" and Minneapolis Clearing-House Banks." There is an illustration called "What They've Been Saving Up Their Pennies For." There is also a photo spread called "Plays and Players" plus much more.