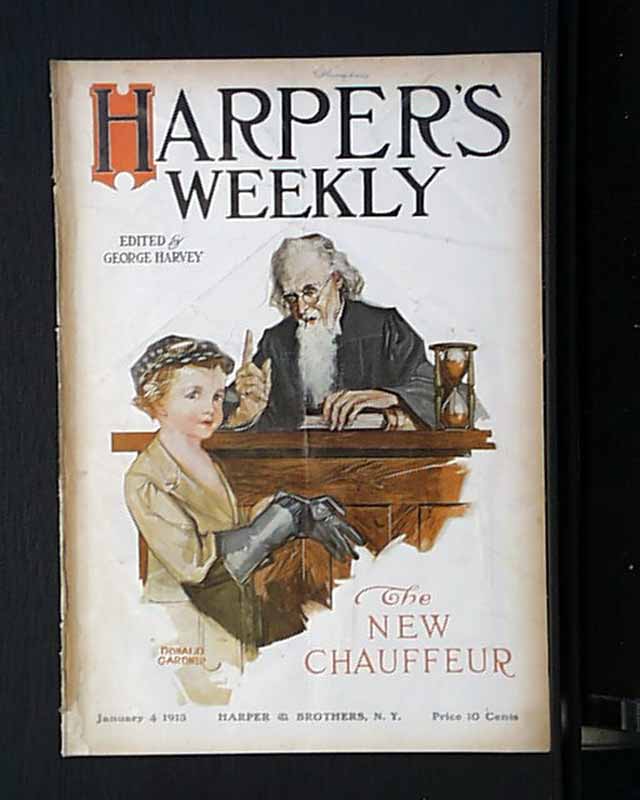 This issue has a color cover sheet over it. The front page of this issue has an illustration called "Here At Last, But It Took Time to Bring It" by Kemble.

In this issue there is an article and photo of "General Homer Lea" by Charles E. Van Loan. There is a full page illustration called "Father Time: 'Humph! They Have Absolutely No Regard for Me!'" and there is a photo spread of "Some of the Notable Exhibits at the winter Show of the National Academy of Design in New York City plus much more.