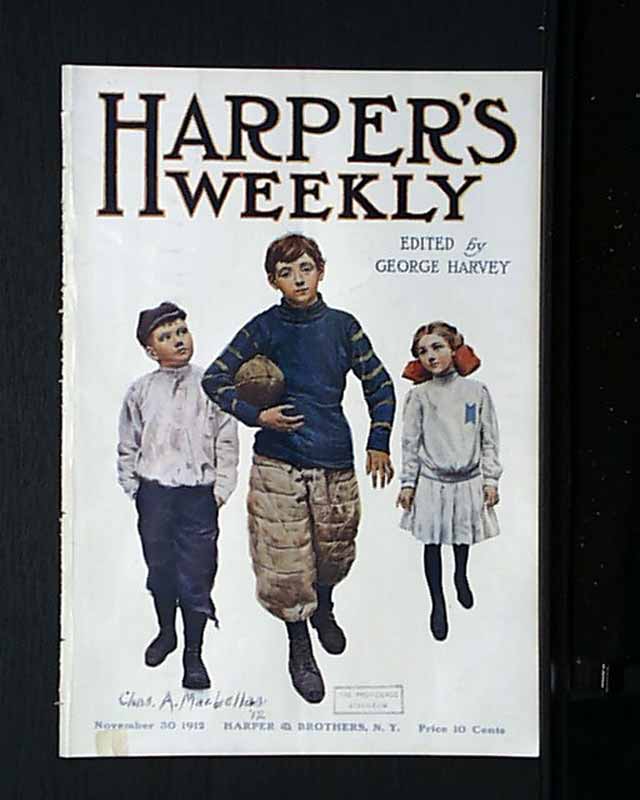 
HARPER'S WEEKLY, New York, November 30, 1912  This issue has a color cover sheet over it and the front page of this issue has an illustration called "'Good-by, Ambassador, We Are Sorry to Have You Leave Us" by C. J. Budd.
In this issue there is an illustration called "Lost Ball: Penalty--One Omelet!" by Kemble. The double page illustration is called "The Death of Lieut. Gen. Ambrose Powell Hill" by Sidney H. Riesengerg. There are also photos of "Plays and Players" and there is a photo of "A Spanish Prima Donna." Also in this issue is an article called "The Strain of the Game" by Edward Bayard Moss and much more.
Other advertisements of the day are included as well, helping to portray life at the turn of the century.