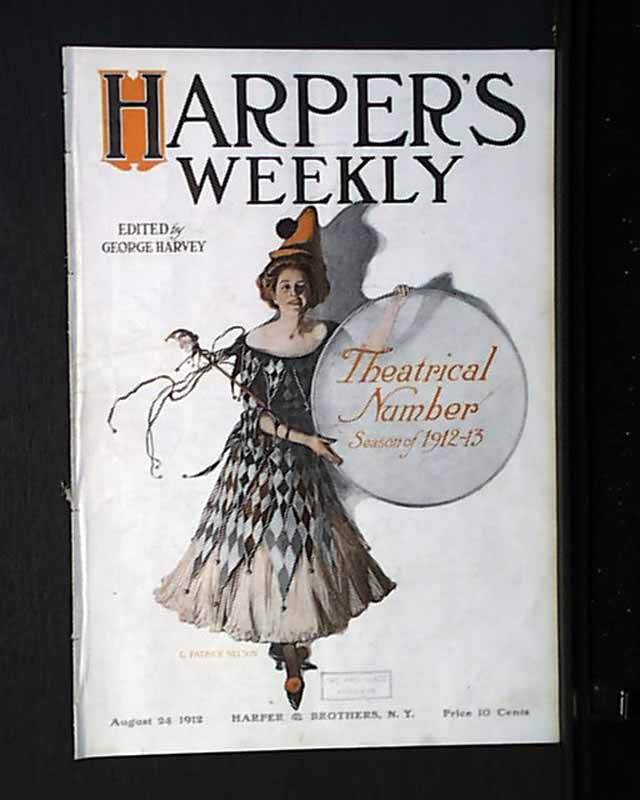 This issue is a "Theatrical Number--Season of 1912-13" and has a color cover sheet over it. The front page of this issue has a photo called "The Attack on New York."

In this issue there is an article called "Progress of the Campaign." There is a full page illustration called "The Elephant:'If I Wasn't In Such a Nervous, Rundown Condition Myself, I Wouldn't Be Scared, Either'" by Kemble. A part of this issue is called "The Theaters" and has photos of "Billie Burke"; "Alice Brady"; "Vivian Martin" and many others. On the back of this issue, there is a full page, color ad for Coca-Cola saying "Here's The Road to Comfort" and much more.