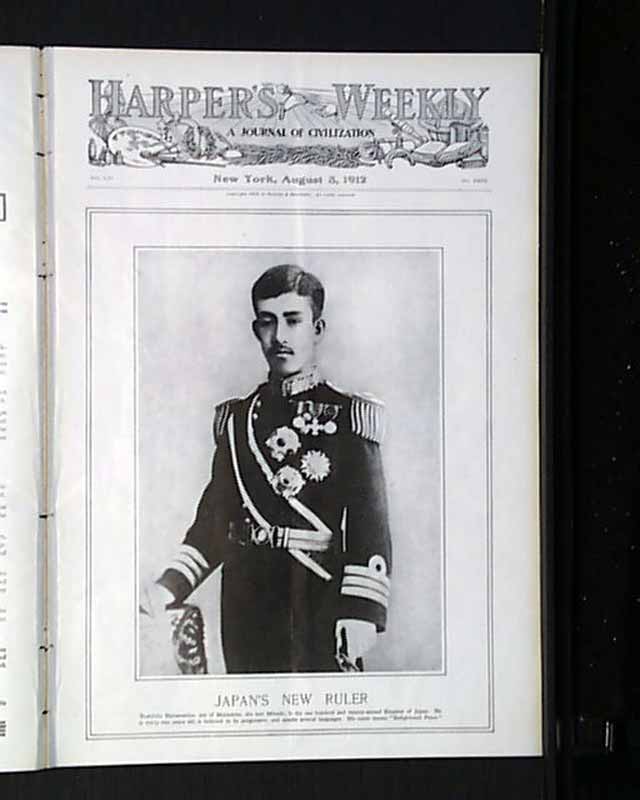 
HARPER'S WEEKLY, New York, August 3, 1912 (no color cover)  The front page of this issue has: "Japan's New Ruler."
In this issue there is an article called "Progress of the Campaign", which is related to the new "Bull Moose" Party. The double page illustration is called "When the Sunday-Morning Service was Missed" by William L. Jacobs and much more.
Other advertisements of the day are included as well, helping to portray life at the turn of the century.
Note: This issue does not include the color cover: "BULL MOOSE CONVENTION - THE ONLY ENTRANCE", which shows a political cartoon of Teddy Roosevelt.