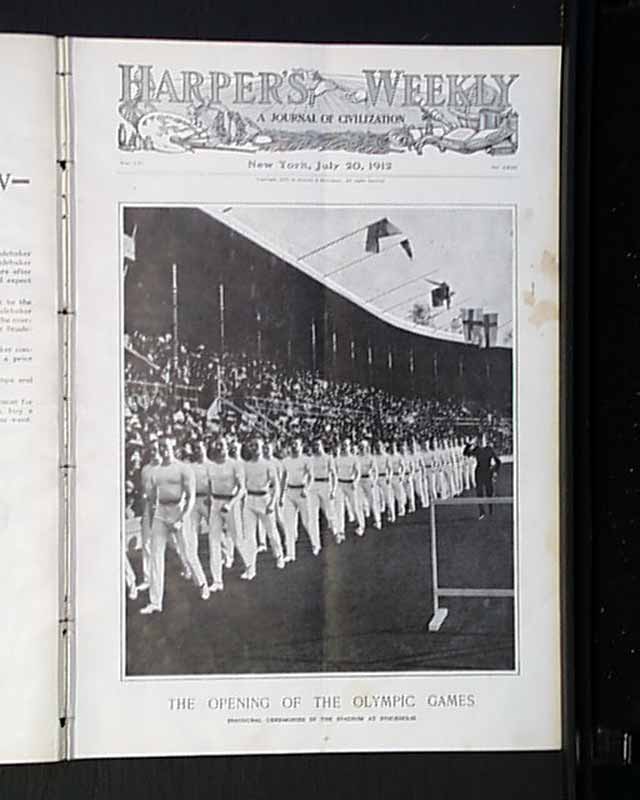 
HARPER'S WEEKLY, New York, July 20, 1912 (color cover not present)  The front page of this issue has a photo called "The Opening of the Olympic Games." Within the issue there is an illustration called "The Latest Arrival at the Political Zoo" by Kemble. The double page is a photo spread called "Where New York's Skyscrapers Cease to be Impressive" and there is another photo spread of "The Last Few Spadefuls." There is also an illustration of "Dr. Sam: 'He May Pull Through--With a Long Rest'" by Hayes and much more.
Other advertisements of the day are included as well, helping to portray life at the turn of the century.
The issue is complete, but does not have the color cover.