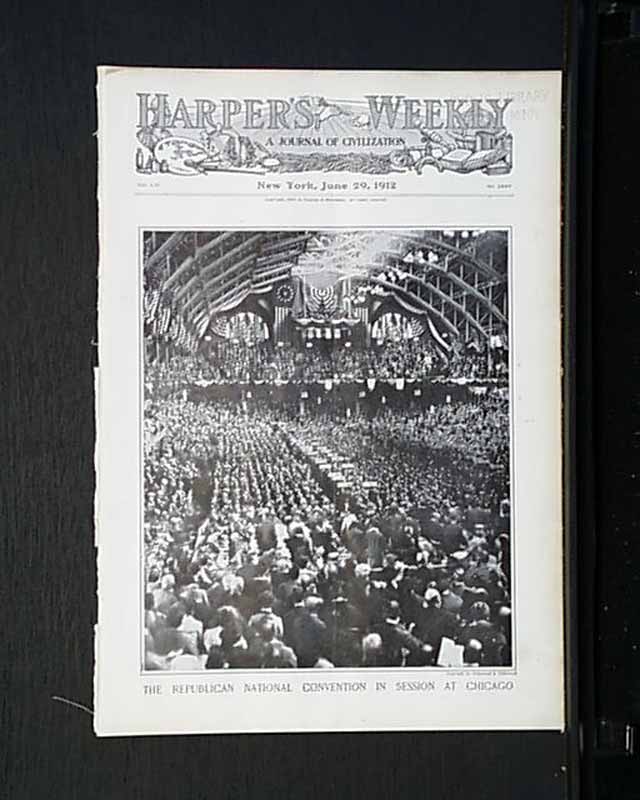 The front page of this issue is a photo called "The Republican National Convention in Session at Chicago."

This issue has a photo called "The Largest Sailing Yacht in the World" and an article called "The Battle-fields of June" by James Barnes which has an illustration "from a woodcut in a contemporary issue of 'Harper's Weekly"' of "General Barlow's charge upon the Confederate works at Cold Harbor on June 1, 1864" and much more.