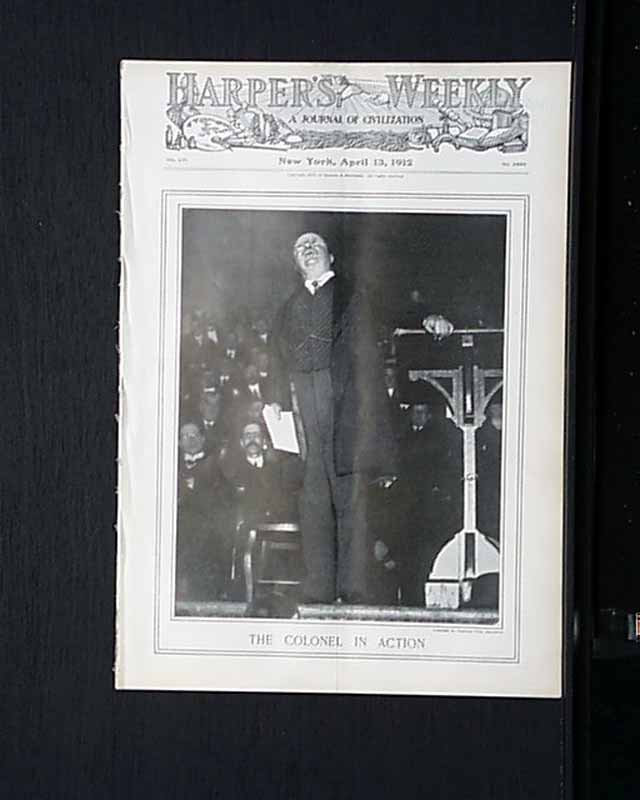 The front page of this issue is a photo of "The Colonel in Action."

This issue has an article of "Quarreling at the coal-bin" by Edward Hungerford and an article of "San Francisco at Home - 1915" by Hamilton Wright. The double page illustration is of "'The Fishing Season'" by Kemble. There is also a photo spread called "Of Interest to Playgoers" and much more.