Home > Back to Search Results > The burial of the 66 men from the "Maine"....
Click image to enlarge 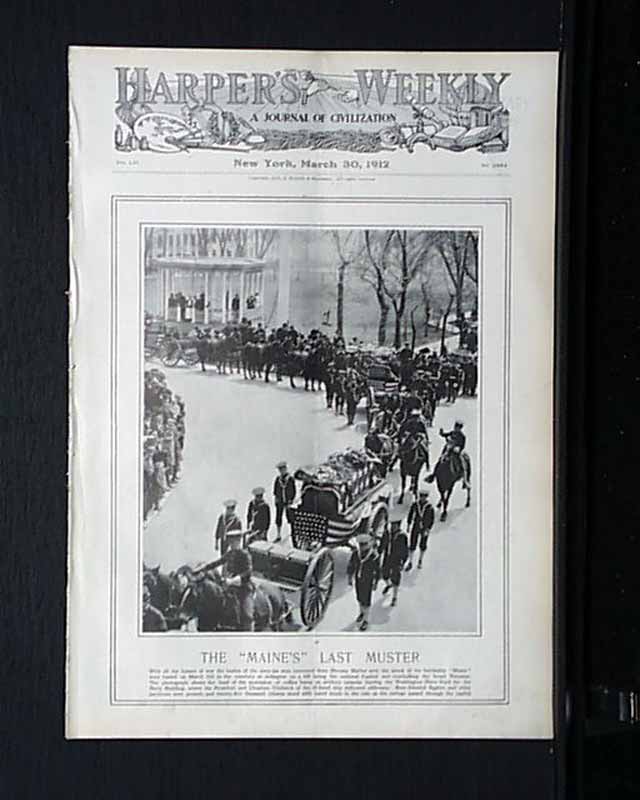 The front page of this issue is a photo of "The "Maine's" Last Muster."

This issue has an illustration of "Having a Bully Time" by Kemble. There are photos of "England's Furnace Goes Out" and an article of "Great Britain's Labor Crisis" by Sydney Brooks. The double page illustration is of "Achievements of the Medal of Honor" by Sidney H. Riesenberg and then there is 3/4 of a column describing the achievement on page 26. There is a photo spread called "Of Interest to Playgoers" and much more.