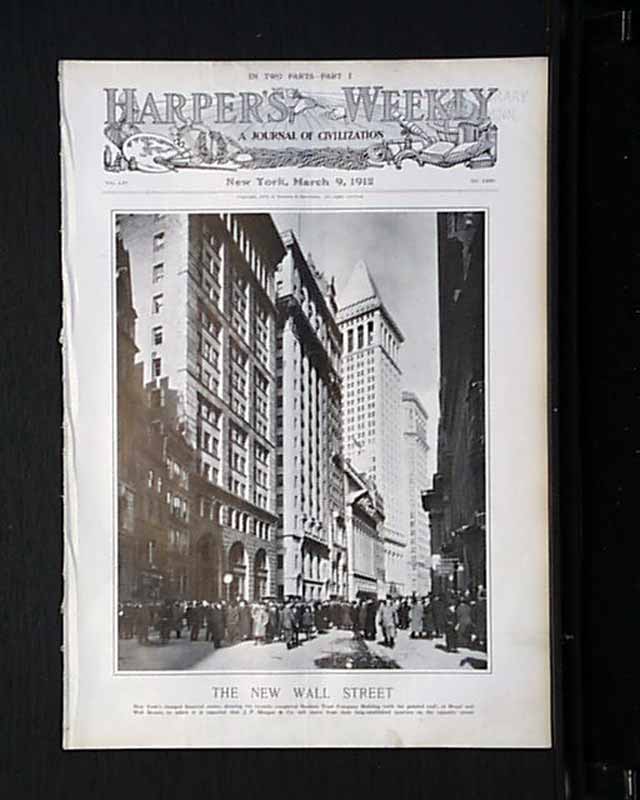 The front page of this issue is a photo of "The New Wall Street."

There are two parts of this issue.The first part of this issue has an illustration of "'I Believe in Giving Every Man a Square Deal'--Theodore Roosevelt" drawn by Kemble. There is an article with photos called "Is there Money in the Air?" by Albert S. LeVino. The double page illustration is of "General Stuart's narrow Escape at Verdiersville" by Sidney H. Riesenberg. There is also a photo spread called "Of Interest to Playgoers" and a photo of "The Mainmast of the 'Maine.'" Also in this issue is a full page illustration of "A Put-Up Job" by Howard Heath.