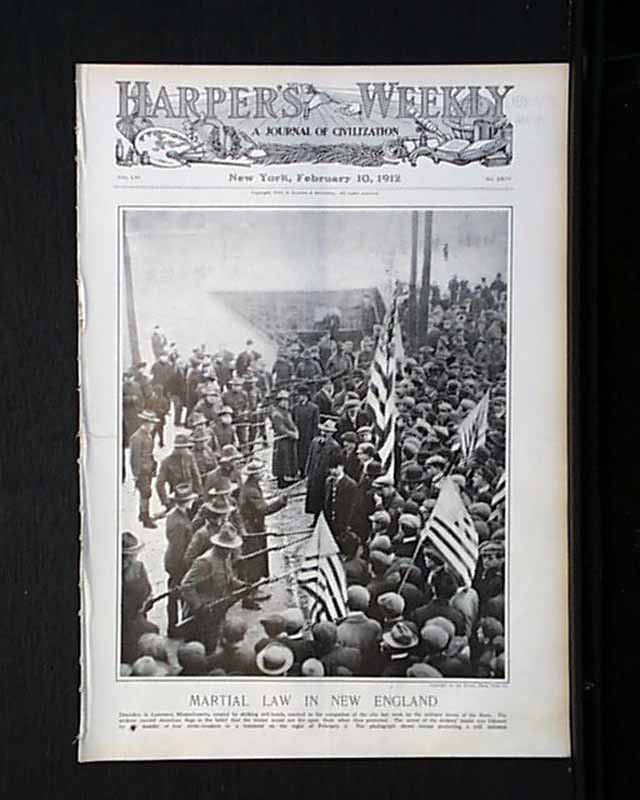 The front page of this issue is a photo of "Martial Law in New England."

This issue has an illustration of "Not Yet, But Soon" by Kemble. There is an article of "The Most Famous of Sea Duels" by H. Ashton Ramsay and an article with photos of "The King of Winter Sports" by Edward Bayard Moss. Also in this issue is a full page illustration of "St. Valentine's Day" by William Hurd Lawrence and photos of "Seven Ways of Falling Off a Horse" plus much more.