Home > Back to Search Results > The Wall Street Fire....
Click image to enlarge 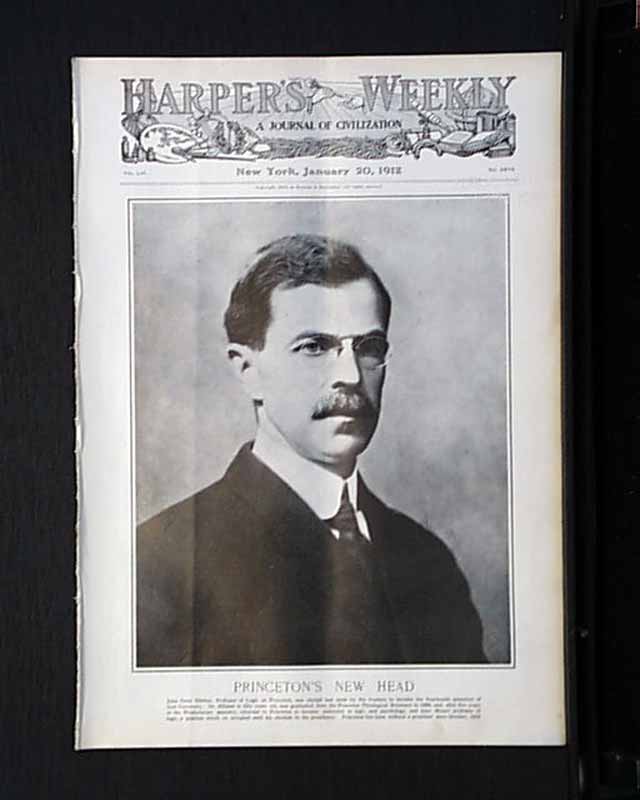 The front page of this issue is a photo of "Princeton's New Head."

This issue has an illustration of "'Hoopla! Here We Are Again!'" by Kemble. There is an article of "Zapata--The Mexican Attila" by Richard Barry and there is a half page photo of "Birds of a Feather Flock to Paris." The double page is a photo spread of "The First that Stunned Wall Street" and there is also a photo spread called "Of Interest to Playgoers." Another photo spread is included of "Views from Vanishing Persia" plus much more.