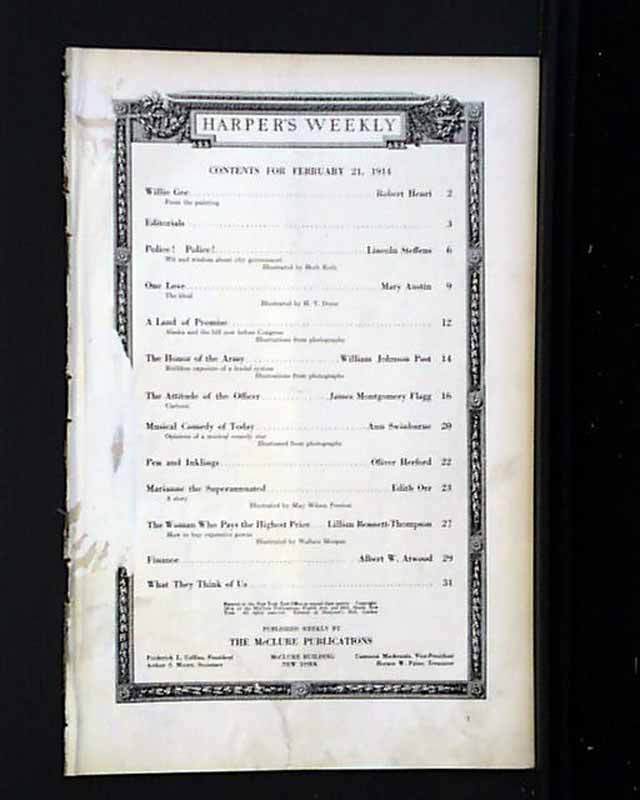 In this issue there is an illustration titled "Willie Gee" by Robert Henri. There are several articles in this issue including "Police! Police!" by Lincoln Steffens; "One Love" by Mary Austin; "A Land of Promise" which includes several photos; "The Honor of the Army" by Charles Johnson Post; "Musical Comedy Today" by Ann Swinburne; "Marianne the Superannuated" by Edith Orr and "The Woman Who Pays the Highest Price" by Lillian Bennett-Thompson.

There are also several illustrations in this issue including the double page illustration titled "The Attitude of the Officer" by James Montgomery Flagg; "Pen and Inklings" by Oliver Herford and much more.