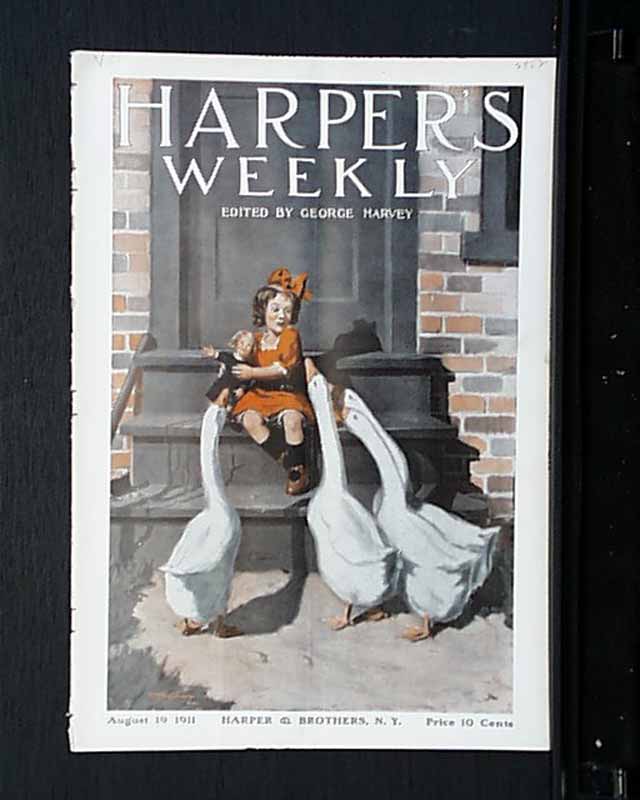 
HARPER'S WEEKLY, New York, August 19, 1911  This issue has a full, color cover before the front page. The front page is a photo of" "Admiral Togo in America."
A full page is taken up with:"Some Chips from the Diamond" by Kemble, being a collection of ten somewhat comic prints of baseball players. The players include Honus Wagner, Christy "Matty" Mathewson, Ty Cobb and Johnny Evers, among others.
The double page illustration is of "Governor Woodrow Wilson and His Secretary in the Executive Offices at Sea Girt" by T. de Thulstrup and there is a photo of "New York Tries a New Method of Street Cleaning" and "When "the House" Plays Baseball." There is also in this issue, a full page illustration of "'Toll!'--And He Spent His Last Cent for Carriage Hire" by George Barratt, a photo of Coney Island and much more.
Other advertisements of the day are included as well, helping to portray life at the turn of the century.