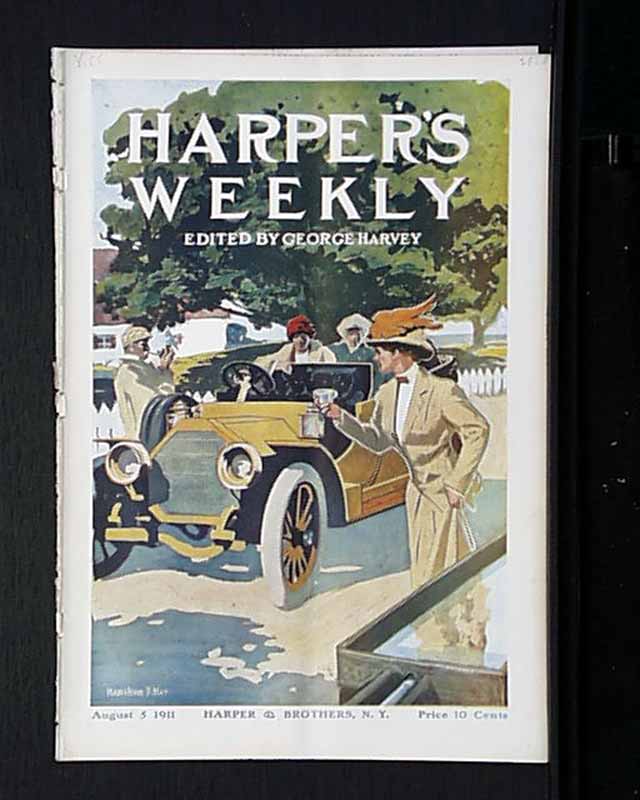 
HARPER'S WEEKLY, New York, August 5, 1911 This issue has a full, color cover before the front page. The front page of this issue is a photo of "The Late E. A. Abbey."
This issue has a photo of "The Blue and The Gray Clasp Hands at Bull Run" and "Wales Acclaims Her Prince." There is a full page illustration of "Where There is No Traffic Squad" by Gerrit A. Beneker. The double page illustration is of "Crowded Out" by Griswold Tyng and photos of "A Feminine Baseball Club" and "She Crossed the Continent on Horseback" plus much more.
Other advertisements of the day are included as well, helping to portray life at the turn of the century.