Home > Back to Search Results > Fire-fighting...
Click image to enlarge 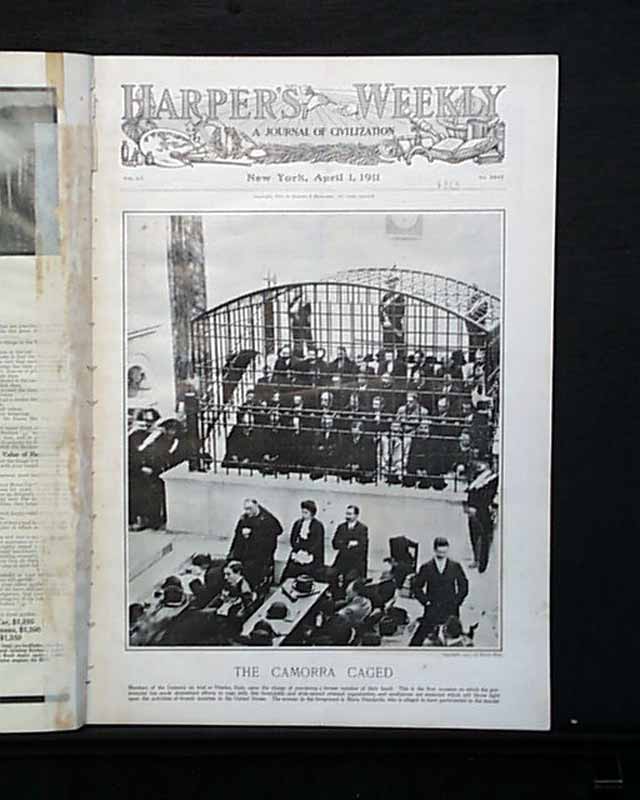 There is a full color cover page on this issue. The front page of this issue is a photo of "The Camorra Caged."

This issue has an illustration of "Will the Fool-Killer Please Get Busy?" by Kemble. There are photos of "New York's Worst Fire" and an article with photos of "A Motor-Car Capital" by Charles Phelps Cushing. The double page illustration is of "An Achievement of The Medal of Honor--Private Louis Gedeon...awarded the medal of honor for....defending single-handed and alone his captain, who had been mortally wounded...." by Sidney H. Riesenberg.