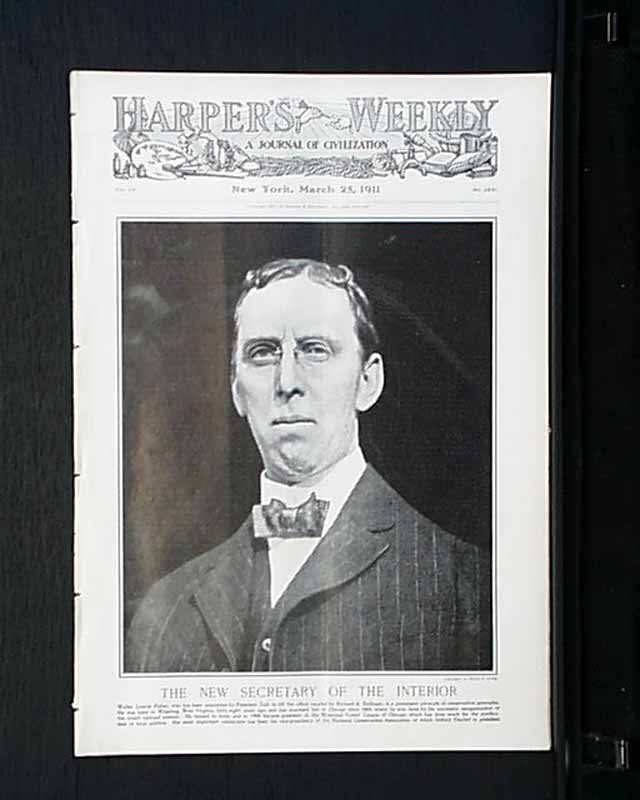 The front page of this issue is a photo of "The New Secretary of the Interior."

This issue has an article of "The Pistol at England's Head" by Sydney Brooks. There are two photo spreads of "With Our Troops in Texas" and "United States Soldiers on Police Duty." The double page illustration is of "He Met His Wife Downtown--Not By Appointment" by James Montgomery Flagg and there is a full page illustration of "Signs O' Spring" by W. L. Jacobs and much more. 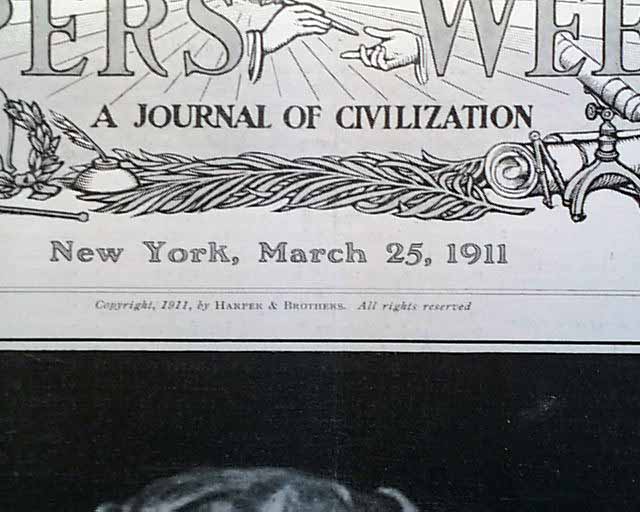 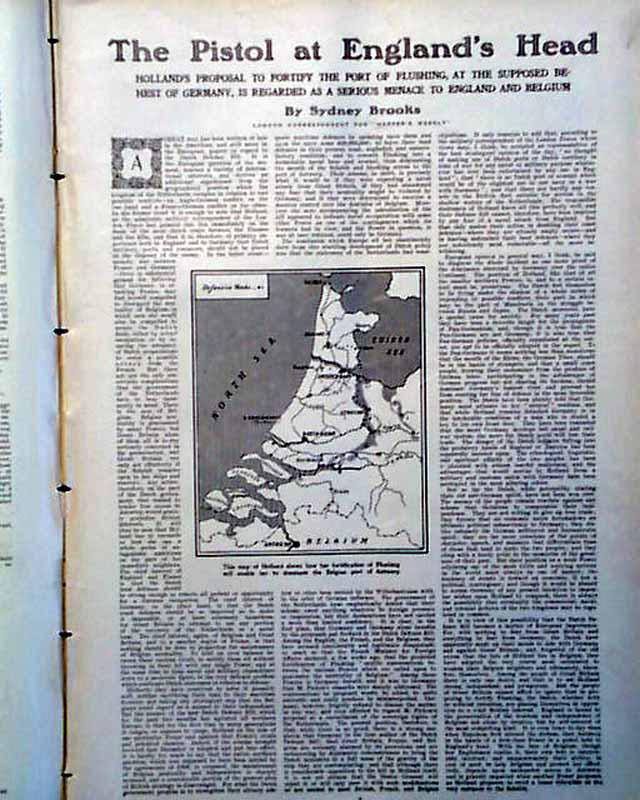 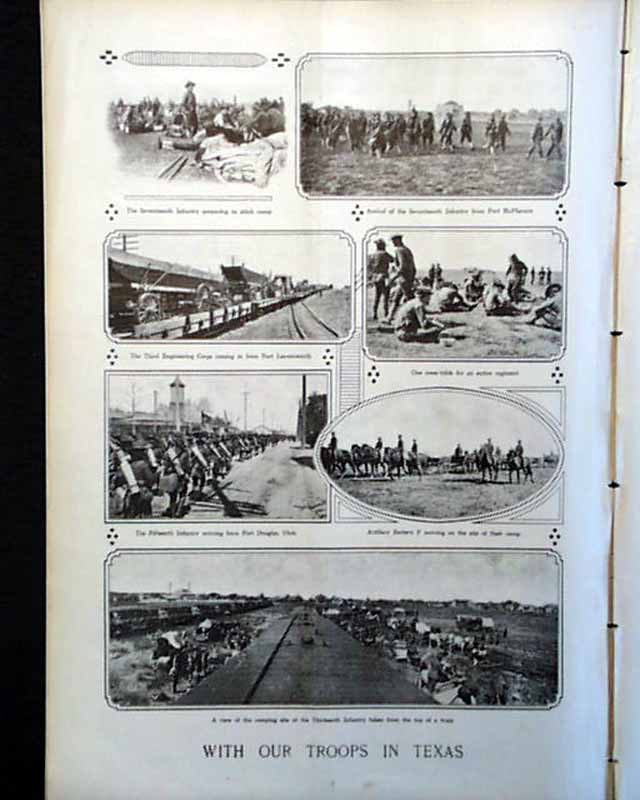 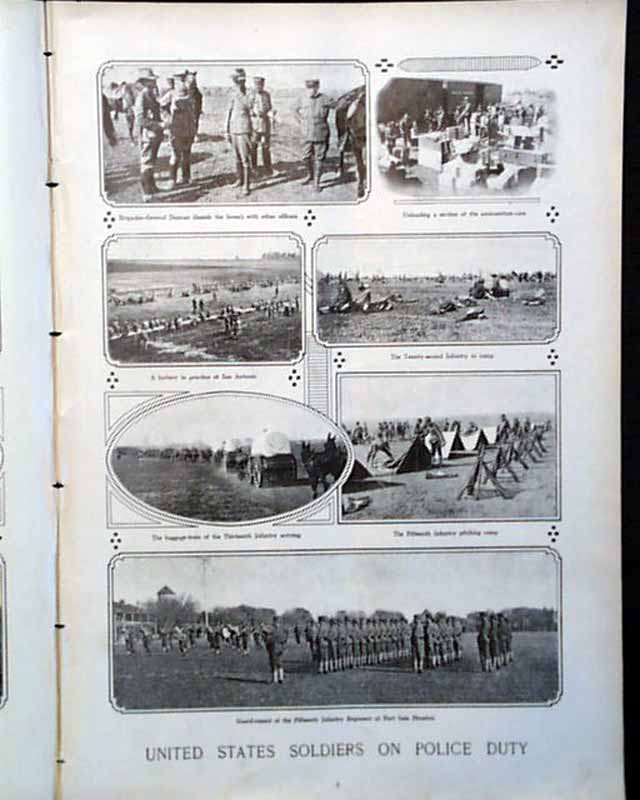 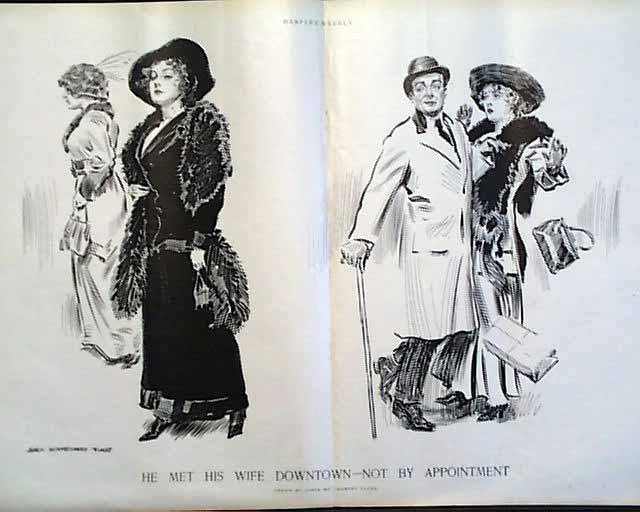 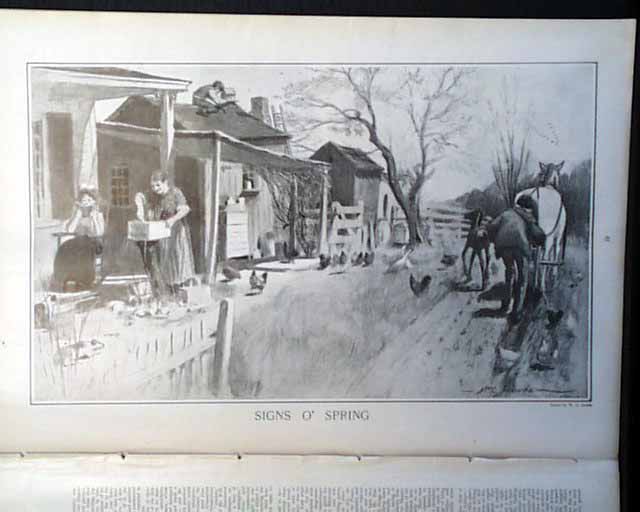 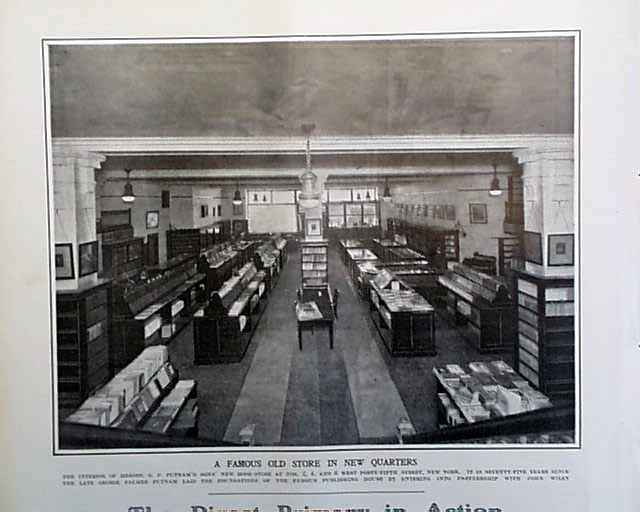