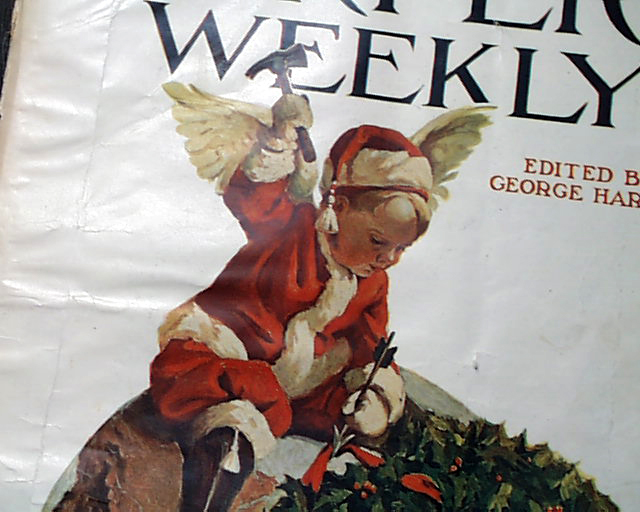 There is no color cover page on this issue, however, the front page of this issue (which is present - and shown - is an illustration of "'Who Done Say Dat Dey Ain't No Sandy Claws?' " by Kemble.

The issue has edge tears, browning, and rubbing.  Many prints are worth framing, but view images for details on condition.