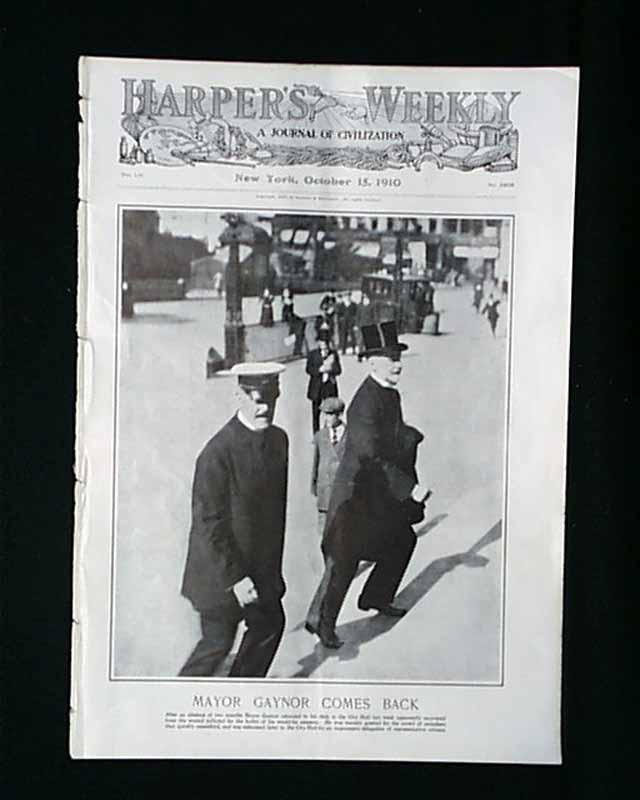 This issue's front page is a photo of "Mayor Gaynor Comes Back."

This issue has an illustration of "'The Difference Between a Leader and a Boss is, The Leader Leads While the Boss Drives'--Theodore Roosevelt at Saratoga" drawn by Kemble. There is an article with photos of "The Uncrowning of Manuel" by Henry Paradyne and photos of "The Winning of the Vanderbilt Cup Race" (auto) and "Seeing New York." There is also a photo of "Making Ready to Raise the 'Maine' " and much more.