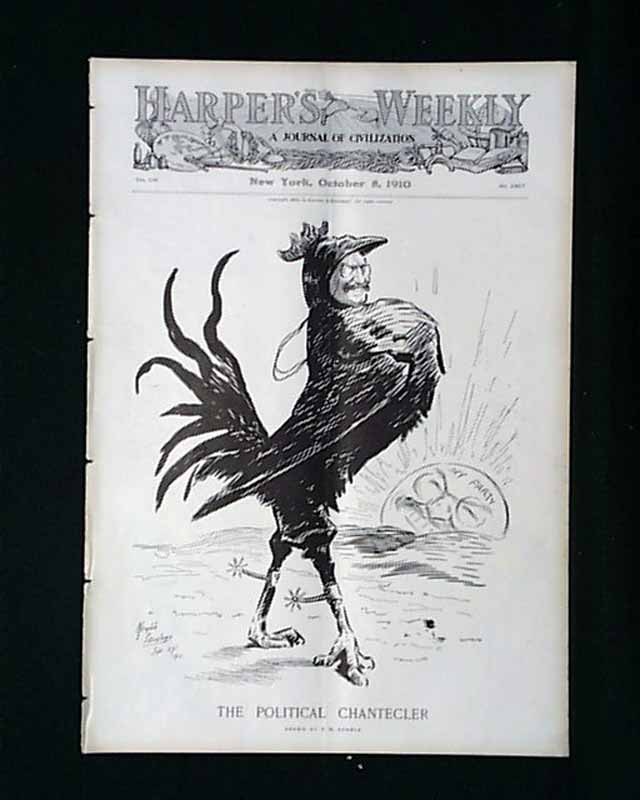 This issue's front page is an illustration of "The Political Chantecler" by Kemble.

This issue has illustrations of "At the Conventions" by Kemble and full page photos of "The Democrats' Choice for Governor of New York" and "The Roosevelt Candidate for Governor." There are photos of "A Melon Feast and What was Left of it"; "War Lords at Practice" and much more.