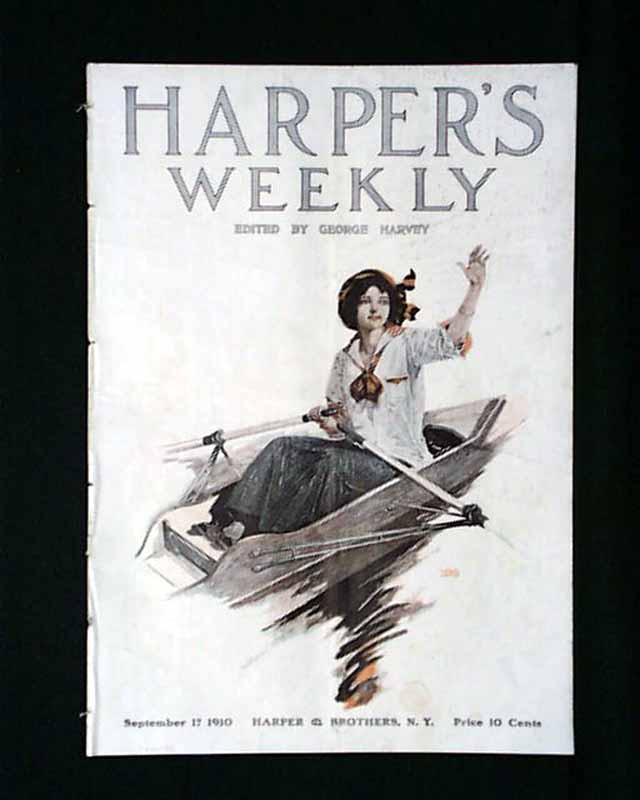 This issue a full color, cover page. This issue's front page is a photo of "Connecticut Democrats' Choice for Governor."

This issue has an illustration of "His Taftship: 'Can You Beat it? He Cast Me for the Leading Part, and Now he Gobbles the Centre of the Stage and Every Inch of Limelight.' "by Kemble. There are photos of "Colonel Roosevelt Among the Cowboys"; "Another Gold Rush to the Northland" and "Afield with the Younger Sons of Mars." Also in this issue is a full page ad of "Mark Twain at 1/2 Price" and much more.