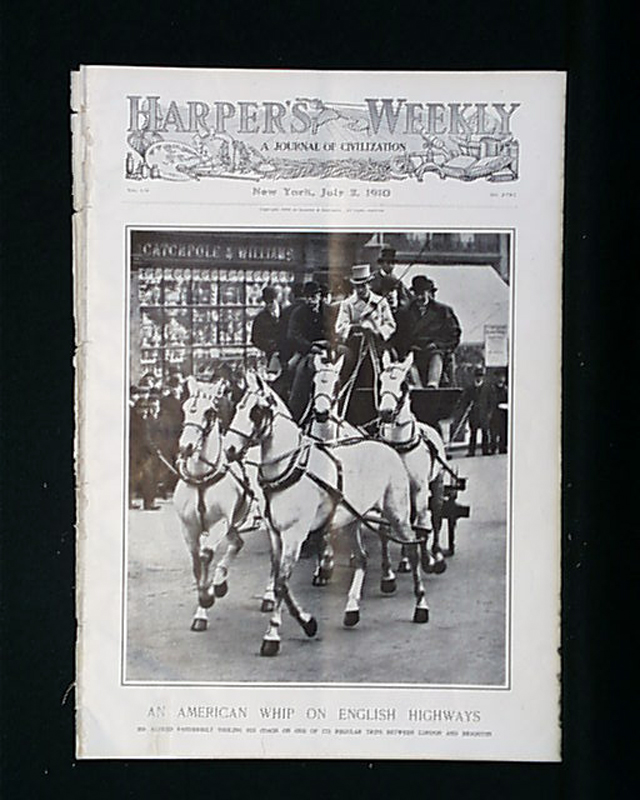 The front page of this issue has a photo of "An American Whip on English Highways."

This issue has an illustration of "Later On, The Smithsonian May Contain Other Collections Than the Roosevelt Group" by Kemble. There is an article with photos of "England's Fifth George" by an Englishman and there are photos of "The Models of Michelangelo" and a full page photo of "A Pearl of the Peerage." The double page illustration is of "Cowboy Fireworks" by Stanley L. Wood and there is a full page illustration of "A Case for the S.P.C.A." by C. Clyde Squires and much more.