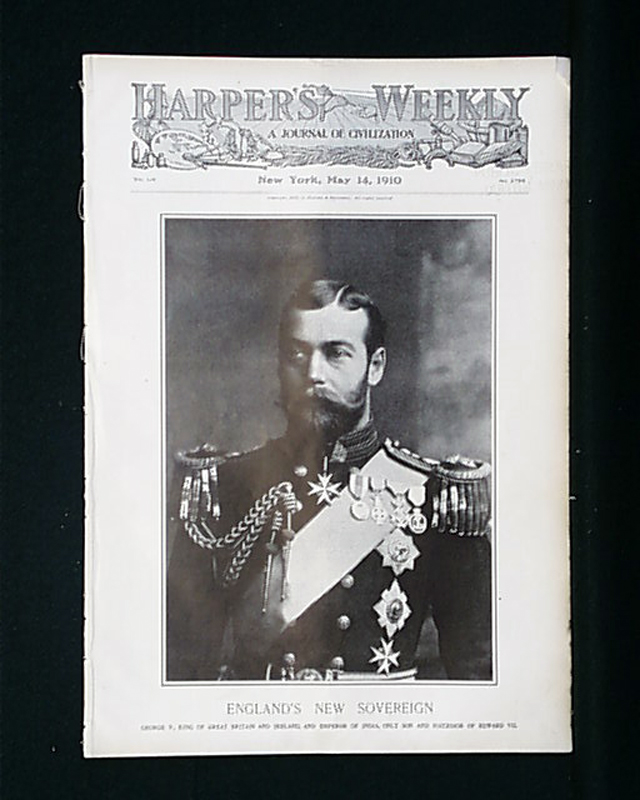 The front page of this issue has a photo of "England's New Sovereign."

This issue has an article with photos of "Britain's World-Mourned King" by Victor Rousseau and a photo of "The New English King and His Family." There is also an article of "The Menace in the Skies--Will Halley's Comet Harm the Earth?--The Differing Views of Two Astronomers" by D. J. McAdam. The double page illustration is of "Another Declaration of Independence" by Paul Stahr and "The Silent Majority" a full page illustration by C. J. Budd plus much more.


Other advertisements of the day are included as well, helping to portray life at the turn of the century.