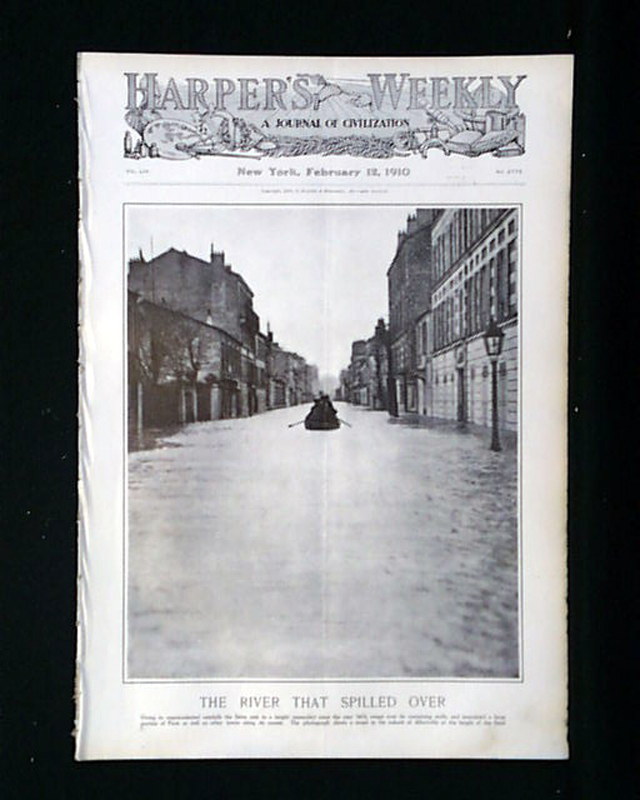 The front page of this issue has a photo of "The River that Spilled Over."

There are photos of "Paris and its Suburbs Under Water"; "A Star From Arcady" and there is a double page illustration of "Their First Car" by James Montgomery Flagg. There is also an illustration of "Robbing the Sea of Its Toll" by Worden Wood and a photo spread of "The Goddess in the Car--and Out" plus much more.