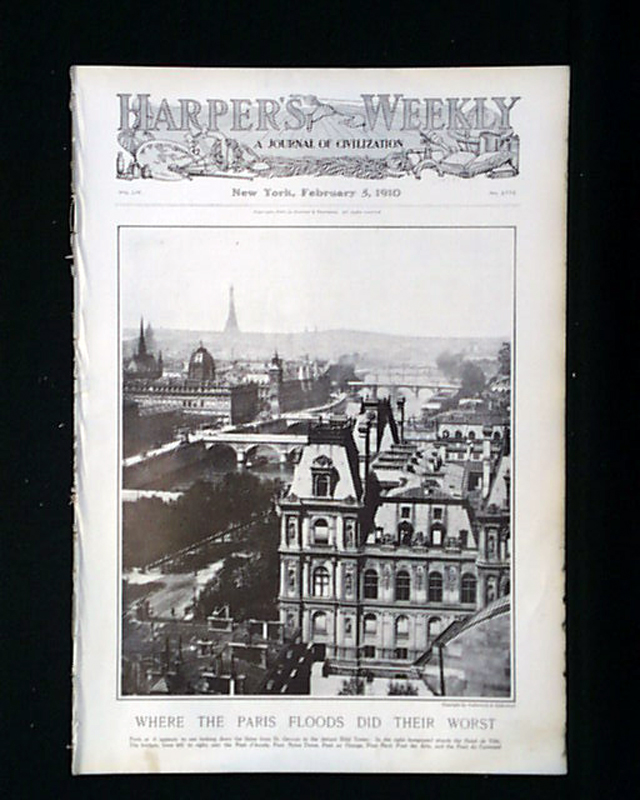 The front page of this issue has a photo of "Where the Paris Floods Did Their Worst."

There are photos of "The Flooded Section of Paris" and "A Superior Representative of 'The Inferior Sex.'" Also in this issue is an article and photos of "Canada's Athletic Prowess" and the double page illustration is of "The Political Chess-Board" by Kemble. There is also a full page illustration of "The Posse" by Augus MacDonall plus photos of "Thomas A. Edison's New Street-Car" and Railroads Co-operating With Farmers" and much more.
Also present is "Illustrations by Alden Dawsonone of the grievances urged against George III by the signers of the Declaration of Independence."