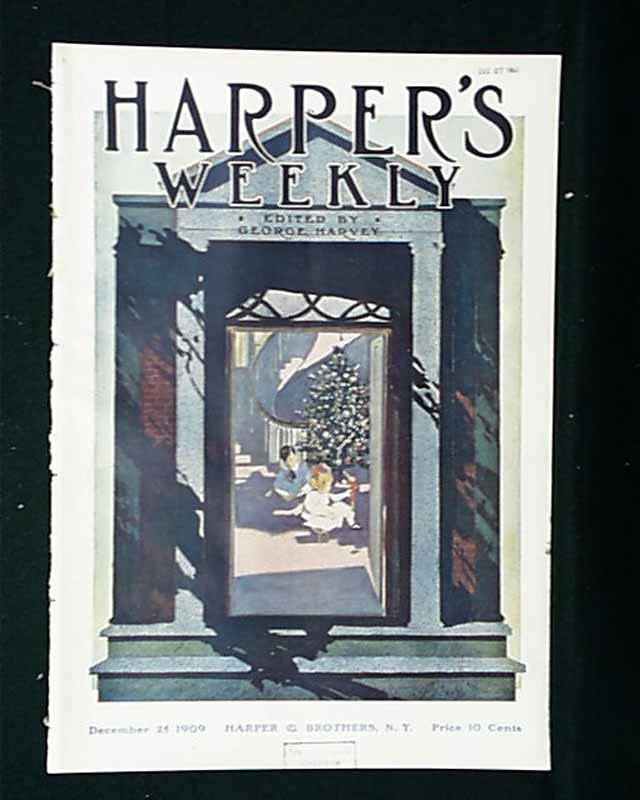 
HARPER'S WEEKLY, New York, December 25, 1909  There is a color cover on this issue. The front page of this issue has a photo of "The Passing of Leopold." This issue has an illustration of ""There Will be a Decided Uplift to the Democratic Party in New York State When the Newly Formed League Gets into Action"-Daily Paper" by Kemble and there are photos of "A Lesson in Football"; "An American Orientalist"; "Notable Canvases by American Painters at the National Academy Exhibition" and "Congress of American Scholars." There is also an illustration of "Father's Footsteps" by P. D. Johnson and much more. Other advertisements of the day are included as well, helping to portray life at the turn of the century.