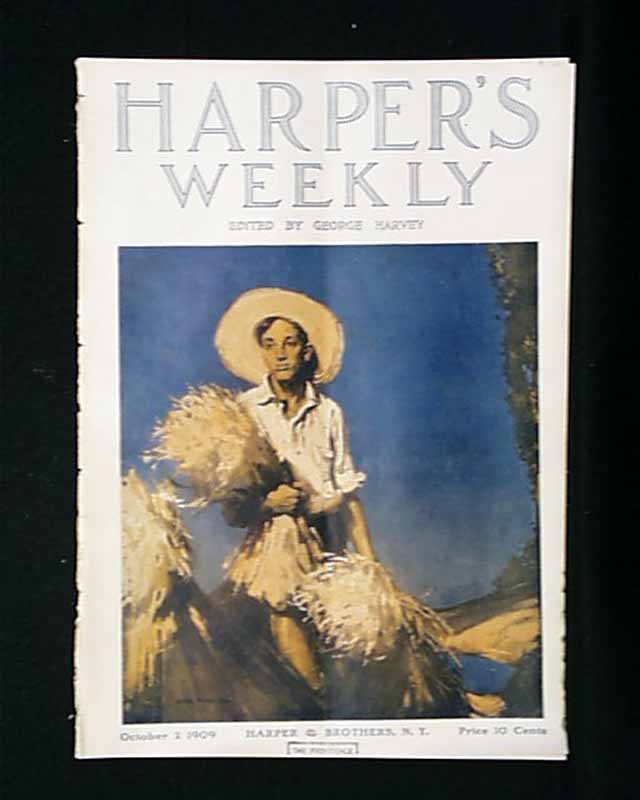 
HARPER'S WEEKLY, New York, October 2, 1909  There is a color cover on this issue.The front page of this issue has a photo of "Three Hundred Years After."

This issue has a photos of "The Chief Actors in a Stupendous Production"; "The Twentieth Century Greets the Past"; "The Tiny Craft and Their Ponderous Descendants"; "Gleams From New York's Spectacular Night" and there is a double page illustration of "En Tour" by Kemble. There is also a photo spread of "Walking Through a Shakespeare Play" and an illustration of "The Kissing Bridge" by H. M. Brett and much more. 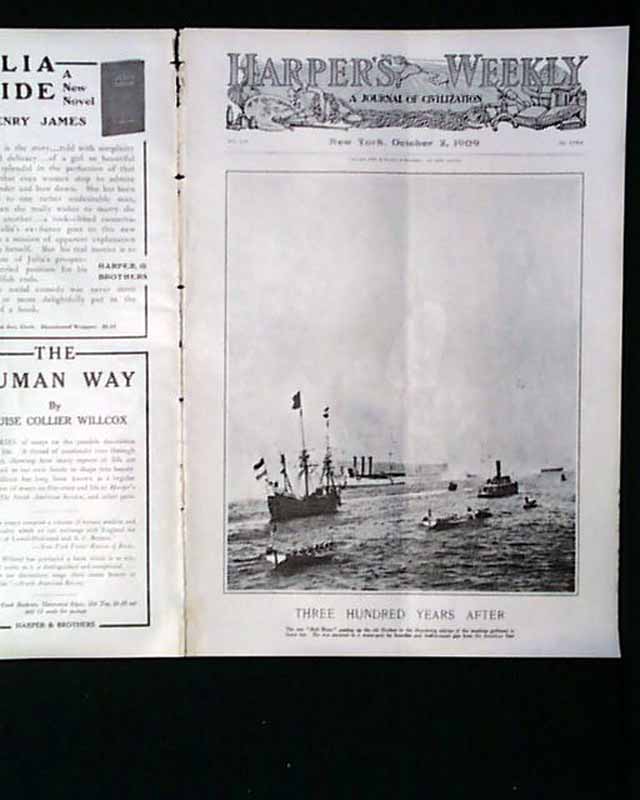 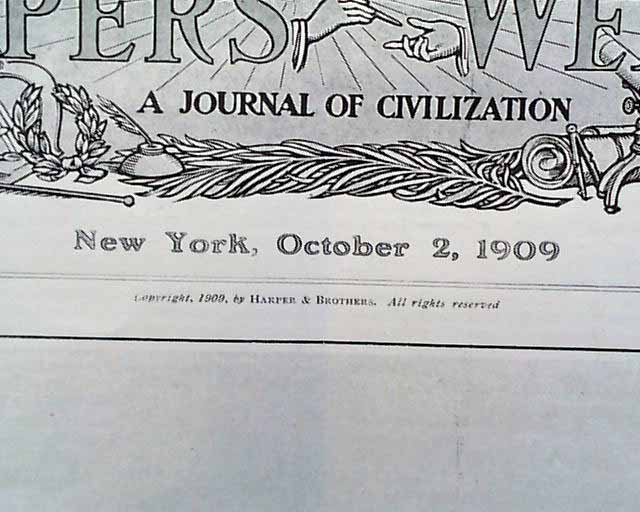 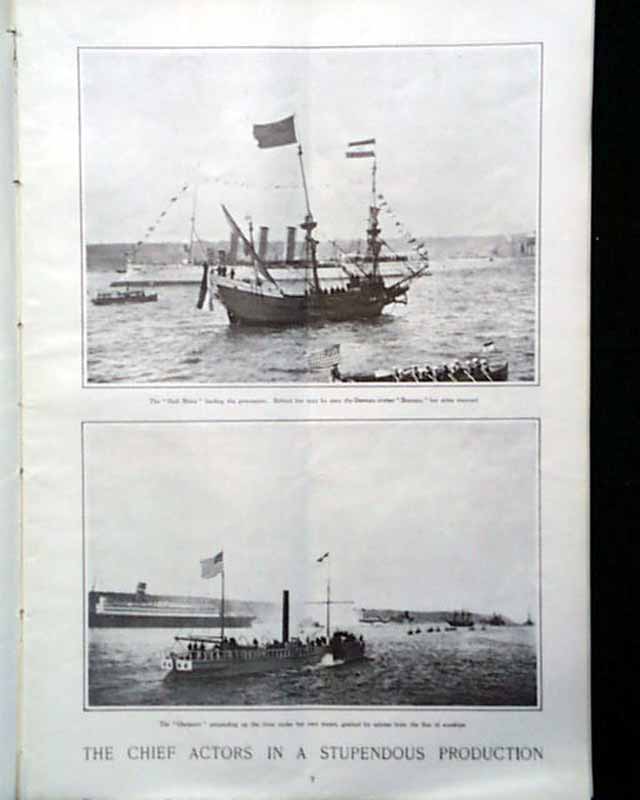 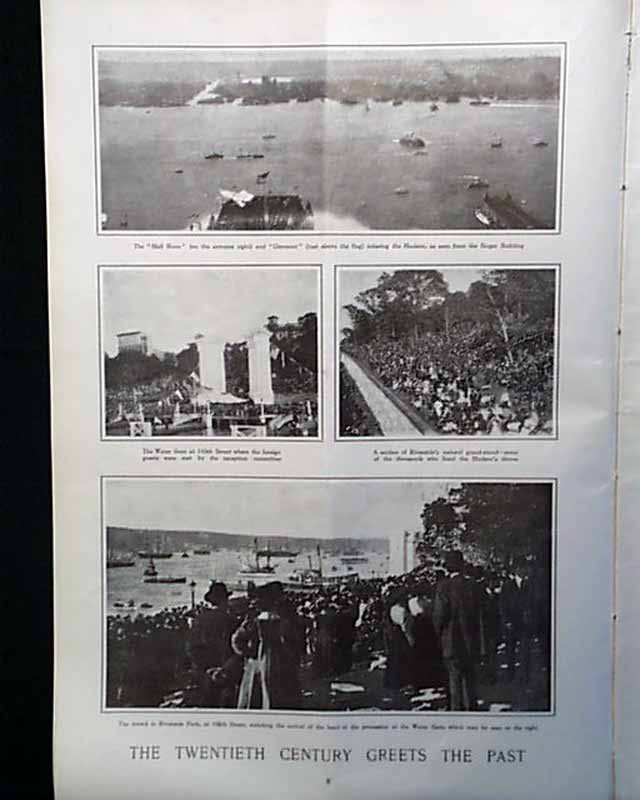 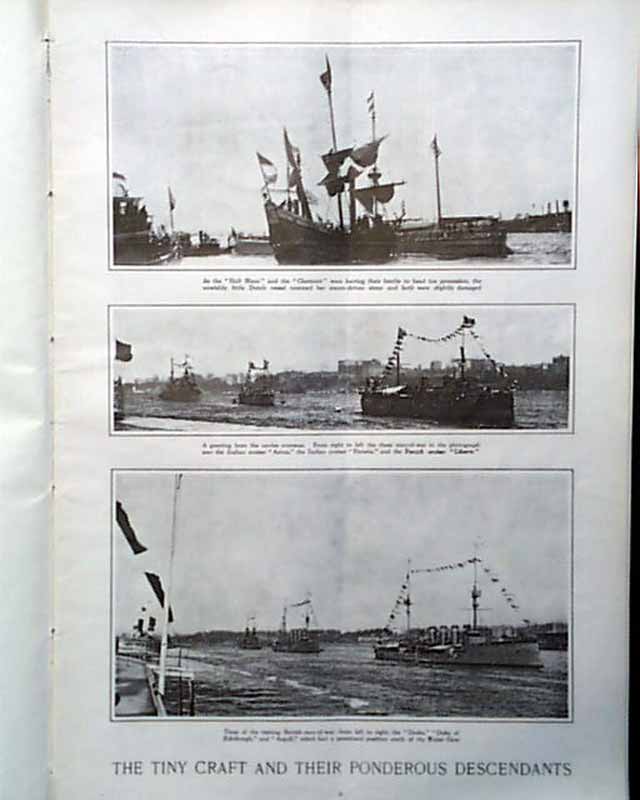 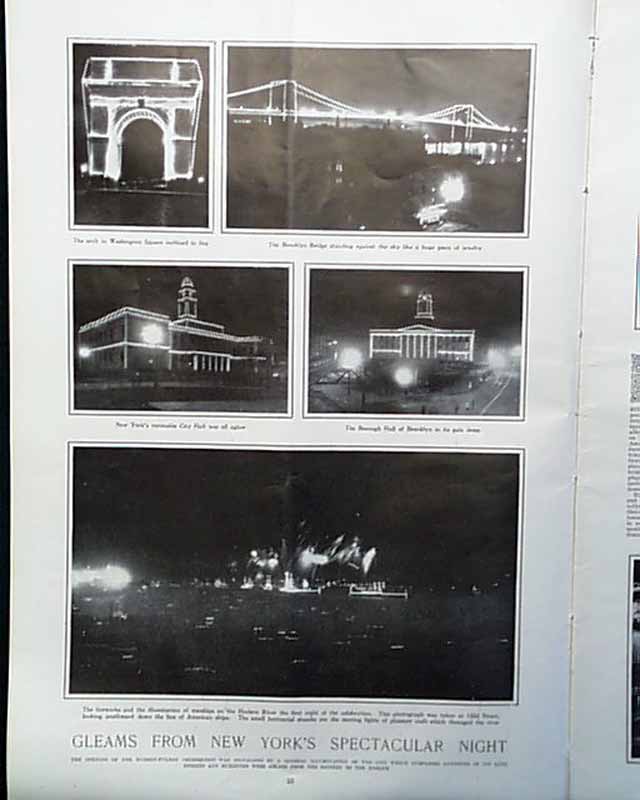 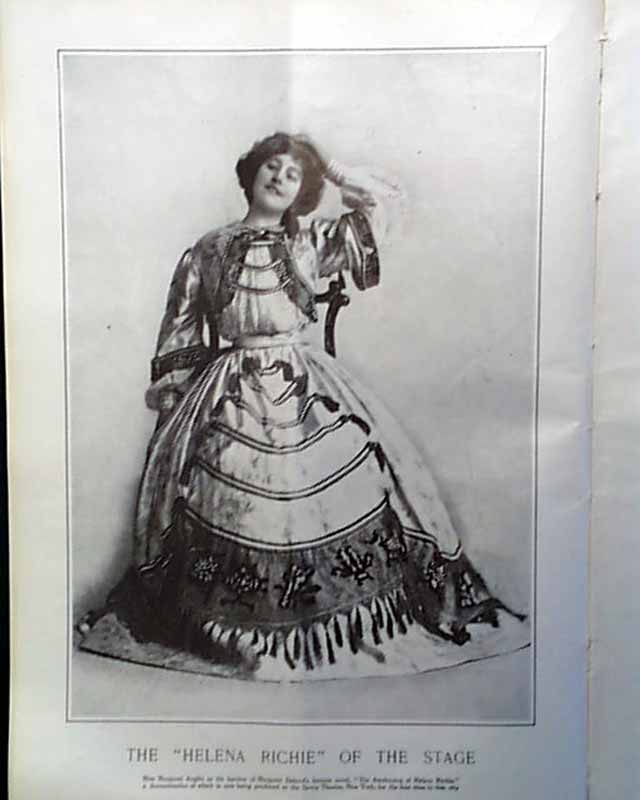 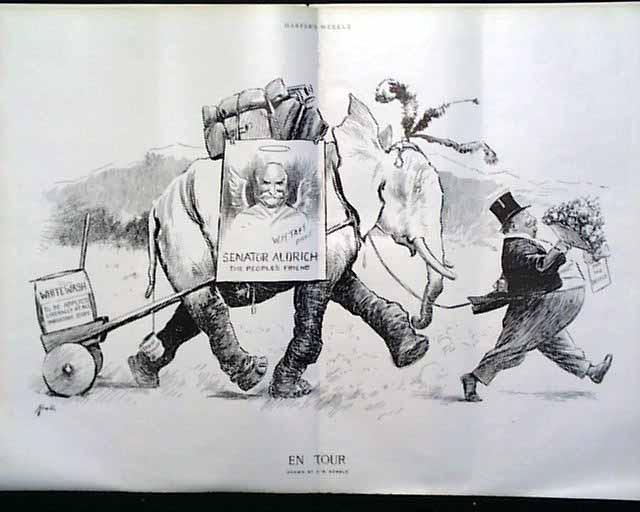 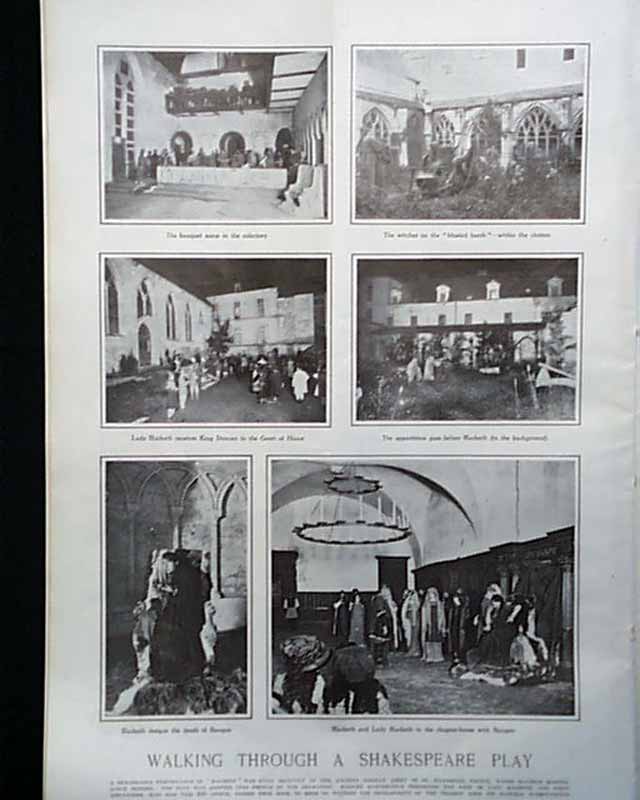 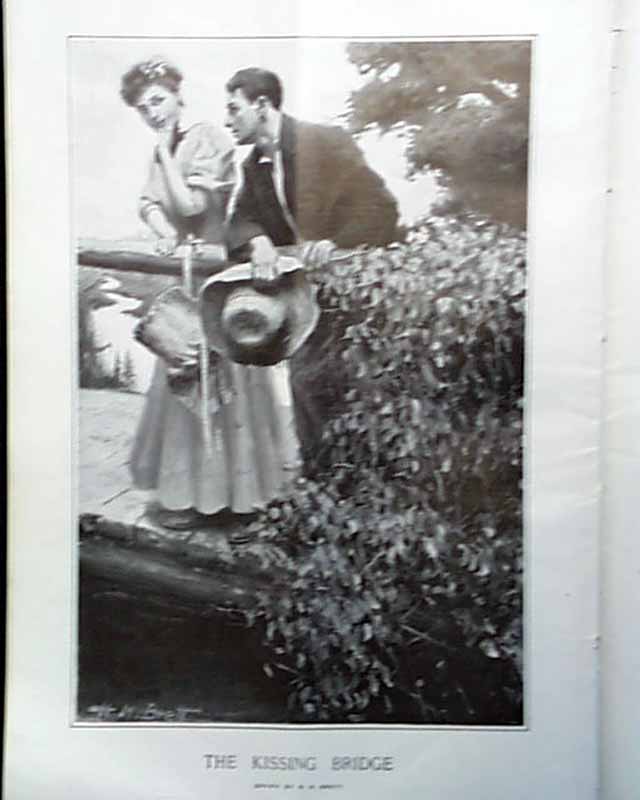 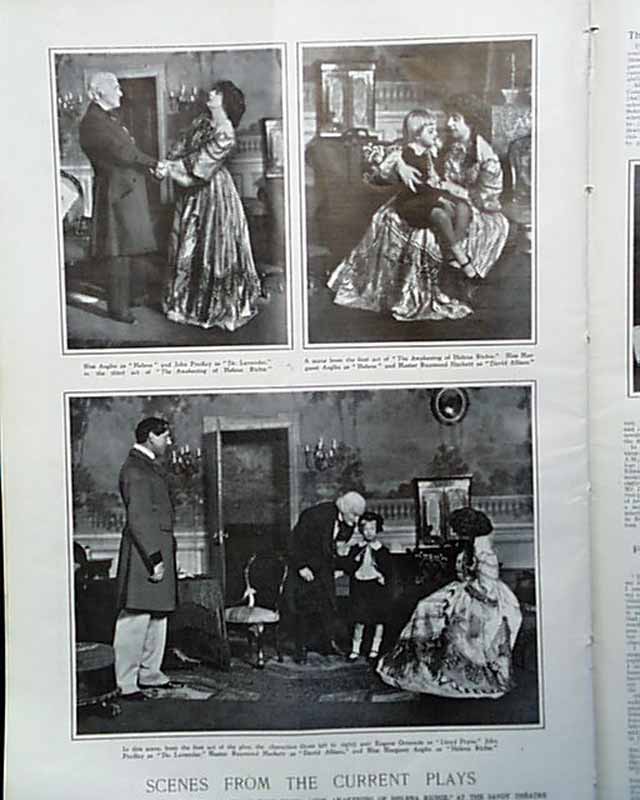