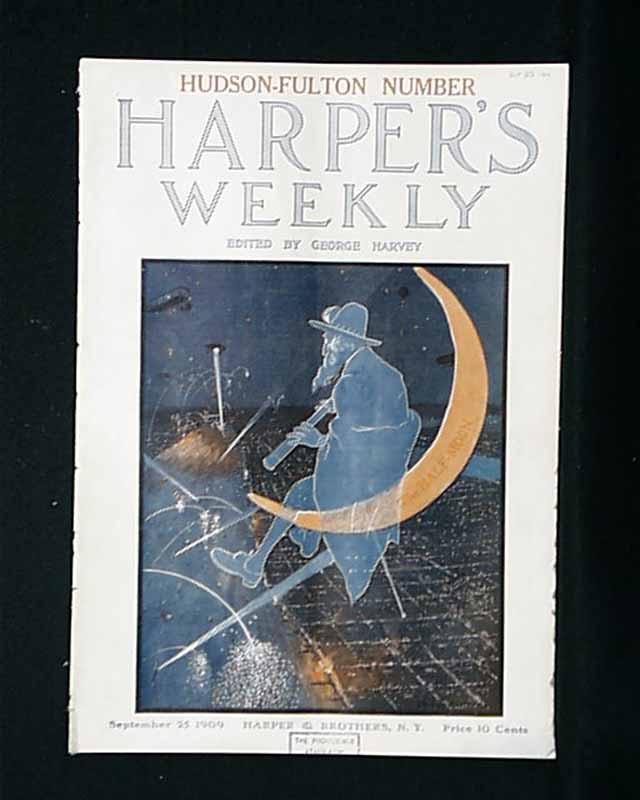 
HARPER'S WEEKLY, New York, September 25, 1909  There is a color cover on this issue. The front page of this issue has an illustration of "The Children of His Brain" by C. J. Budd.

This issue has an article and illustrations of "New Data Concerning Henry Hudson" by Thomas A. Janvier and there is a photo spread of "Bringing Back the Days of Hudson and Fulton." There are other photo spreads of "America's Welcome to Dr. Cook"; "Some of the Warships Which Have Come to do Honor to Hudson and Fulton" and there is a photo of "A New Singer From France." Also in this issue is a double page illustration of "The Second Discovery of the Hudson River" by W. J. Aylward and photo spreads of "A Novelist of Empire"; "Touching On and Appertaining to the Hudson--Fulton Celebration" plus much more.