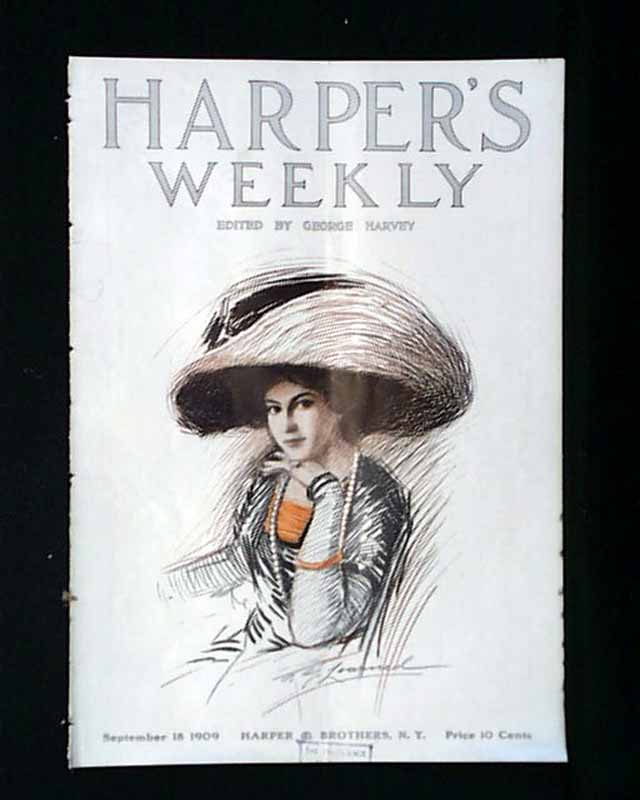 
HARPER'S WEEKLY, New York, September 18, 1909  There is a color cover on this issue.The front page of this issue has a photo of "Edward Henry Harriman."

This issue has illustrations of "Personages at the New York State Democratic League Conference at Saratoga, September 9 and 10" and "Now, Then, All Together!" both drawn by Kemble. There is a map of "The Trails to the Pole" and an article of "An Inferno of the Day" by Philip Verrill Mighels. Also in this issue is a double page illustration of "The Balloon at the County Fair" by Harold Matthews Brett and there is an illustration of "Linking New England with the South and West" by Vernon Howe Bailey. Also included is an illustration of "Back to School" by Harry Linnell and much more.