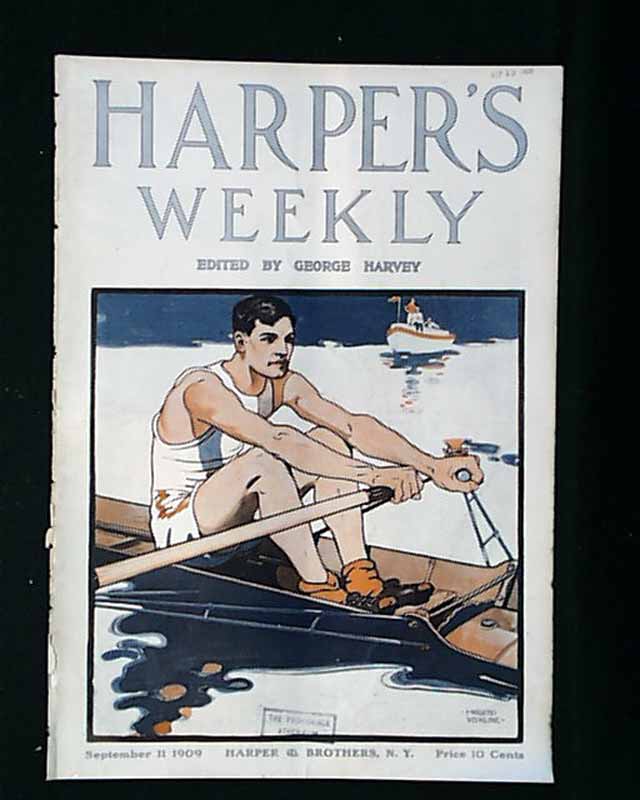 
HARPER'S WEEKLY, New York, September 11, 1909  There is a color cover on this issue.The front page of this issue has a photo of "The American Who Reached the North Pole."

This issue has an article of "The North Pole Found--Dr. Frederick A. Cook's Own Story of His Remarkable Achievement." There are photo spreads of "The Bird-Men at Rheims"; "Incidents of the International Flying Contests"; and there is a photo of "Peary Also Reaches the Pole at Last." There is a double page illustration of "The Difference in Chaperons--Studies in "Cause and Effect"" by R. F. Schabelitz and there is a photo spread of "Off to Set the Compass Straight." Also in this issue is an illustration of "A Love-Song in Flats" by Angus Peter MacDonall and A Gallery of Golfers--Johnny Ball, England's Famous Amateur" by Kemble