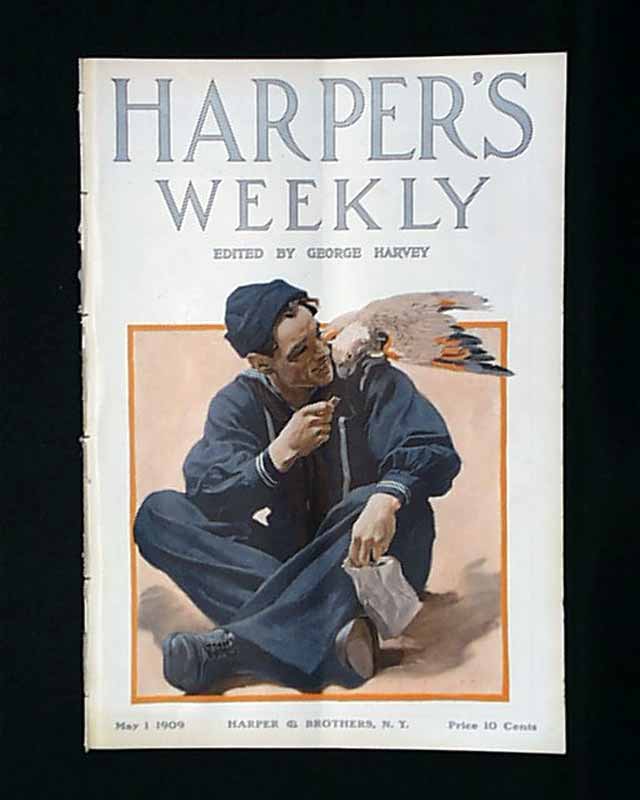 
HARPER'S WEEKLY, New York, May 1, 1909  There is a color cover on this issue.The front page of this issue has a photo of "The Man Who Raised the Price of Bread."

This issue has a photo of "A Star in the Making" which is of Miss Helen Ware, and there is an article of called "How Canada Started the Marathon Craze" by William Hemmingway. There are also illustrations of two women in "Water-Color as a Portrait Painter's Medium" by Elizabeth Baker and there is a full page illustration of "How the Spring Turns One's Head" by C. Clyde Squires and much more including an ad for Mark Twain's "Is Shakespeare Dead?"