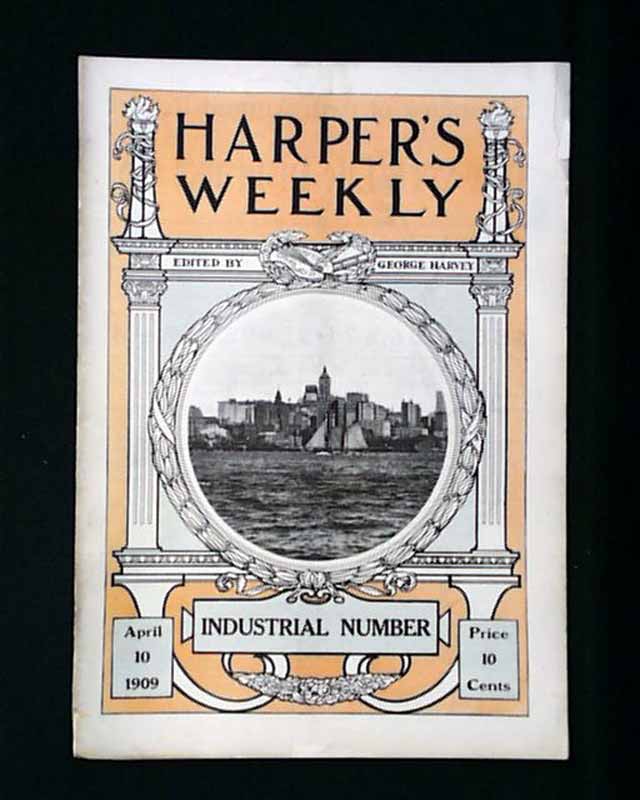 
HARPER'S WEEKLY, New York, April 10, 1909  There is a color cover on this issue called "Industrial Number". The front page of this issue has a photo of "Mr. Harriman's Optimistic Return."

This issue has many articles including "The Development of the Transatlantic Steamship" by Gustav H. Schwab and "An Elk herd that Invaded a Town" by A. W. North. There is also a photo of "A Dramatic Exponent of Women's Ways" and a photo spread of "Chips From the World's Workshop" plus a double page illustration by Kemble called "An Old Fable Revised." There is also an illustration of "A Mainstay of Commerce" by Gerrit A. Beneker and much more.