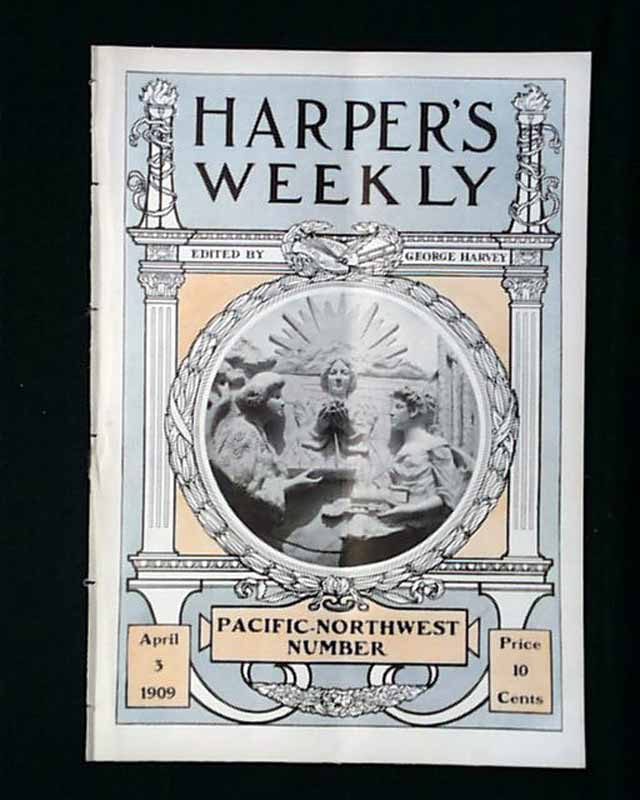 
HARPER'S WEEKLY, New York, April 3, 1909  There is a color cover on this issue called "Pacific-Northwest Number". The front page of this issue has an illustration of "Bird's-Eye View of the Alaska-Yukon- Pacific Exposition at Seattle."

This issue has many articles including "Farthest South" which is of a journey of crossing the Antarctic; "The Wonderful Northwest"; "Irrigation as a Wealth-producer"; "Romantic Bungalow Life on Puget Sound"; "The World in 2009" by Henry Paradyne and much more. Also included in this issue is a full page illustration of "His Name in the Paper" by H. S. Watson plus much more.