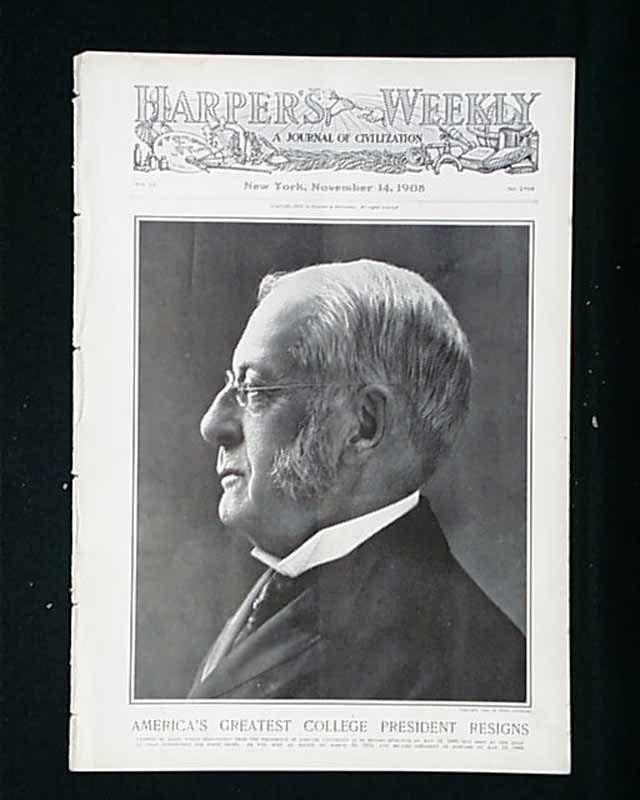 
HARPER'S WEEKLY, New York, November 14, 1908  The front page of this issue has a photo of "America's Greatest College President Resigns." This issue a photo of "The Dinner given to Lord Northcliffe in New York by the Pilgrims"; "A 'Salome' of the Future"; "Perpetuating a Famous Race-Horse"; "The Largest Bronze Ever Cast Entire in America" and "Man's Tireless Struggle With Flight and Speed." There is also a set of illustrations by different people called "Pictures in the New York Water-Color Club's Exhibition"; a double page illustration by J. Campbell Cory called "'Well! Now Let's 'tend to Business!"; plus a comic by E. W. Kemble called "The Rabbit's Eye" and much more. Other advertisements of the day are included as well, helping to portray life at the turn of the century.