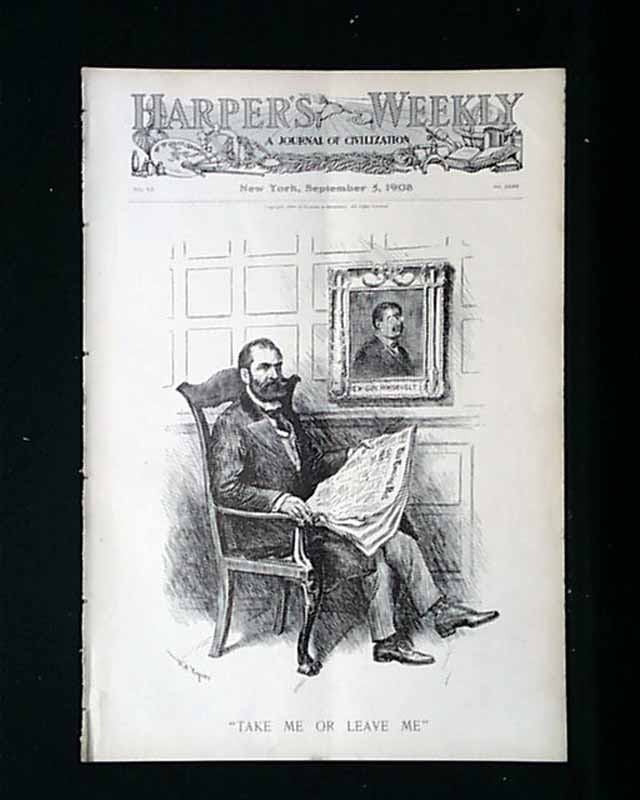 HARPER'S WEEKLY, New York, September 5, 1908  The front page of this issue has an illustration by W. A. Rogers called "'Take Me or Leave Me.'"

This issue has photos of "Mr. Kern Formally Enters the Race"; "New York Welcomes the Olympians"; "An American Airship Triumph in France"; "On the Diamond with 'The Giants' "; "Winston Churchill, Miss Hozier and Cupid"; "The Energetic Queen of Spain" and "Winning $30,000 in 2 Minutes 46 Seconds."

There are also several illustrations in this issue including one by Dalton Stevens called "A Penny Saved is a Penny Earned"; a double page illustration by Kemble called "'Salome' " plus the fifth comic in Grill's "The White House Boys, Bill and Jack" and much more.