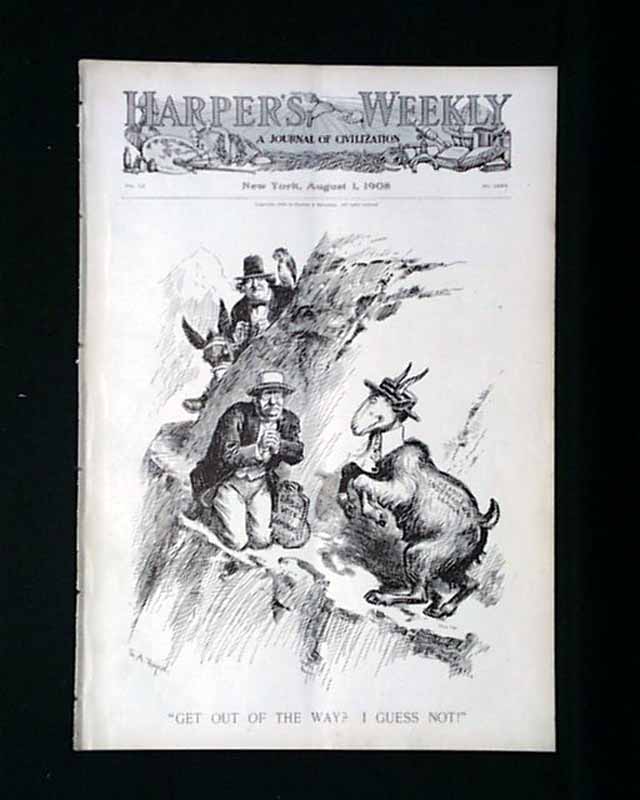 
HARPER'S WEEKLY, New York, August 1, 1908 The front page of this issue has an illustration by W. A. Rogers called "'Get Out of the Way? I Guess Not!' " There are photos of "America First at Olympia" and American Laurels at Olympia." There is then a photo of "The Republican Battle Front" which is a photo of George R. Sheldon, William H. Taft, Frank R. Hitchcock, and Postmaster-General Meyer. Also in this issue are photos of "New York's Newest Bridge" and "A City that Was." There is a double page illustration of "How it Was Done" by E. W. Kemble and "A Drama of Hawaii's Empty Throne" which is an article with several photos of the late Prince David Kawananakoa and the funeral procession. Also, there is a full page of photos of "The Prince of Wales at Quebec" and much more. Other advertisements of the day are included as well, helping to portray life at the turn of the century.