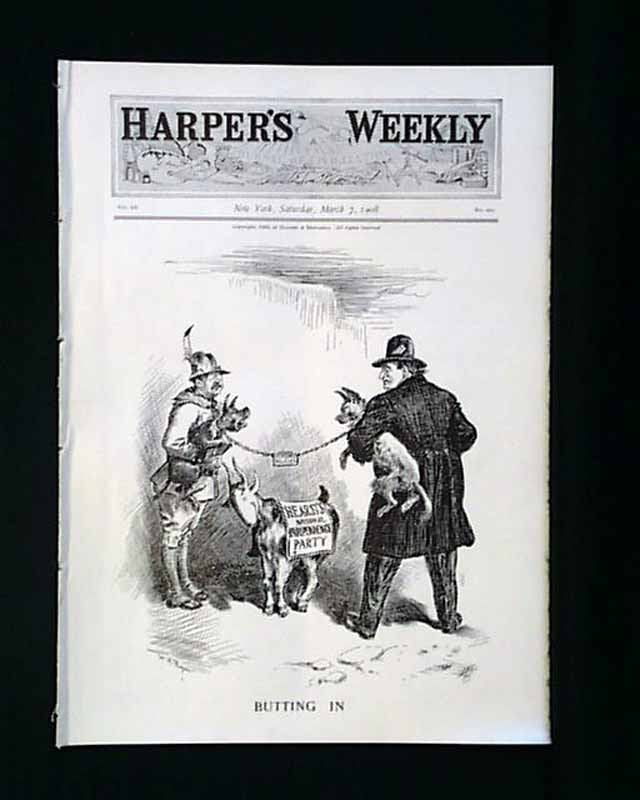 
HARPER'S WEEKLY, New York, March 7, 1908  There is a front pg. illustration, "Butting In" by W. A.. Rogers. There is a small article with several photos of "The Tribulations of the Suffragettes" and an illustration of "Moles of Manhattan" which was drawn by G. W. Peters. Also included in this issue is a small photo of "The Final Act of Portugal's Tragedy" where the "slain King Carlos" is "being borne past the spot where the assassination took place"; and other advertisements of the day are included as well. See photos for full details.