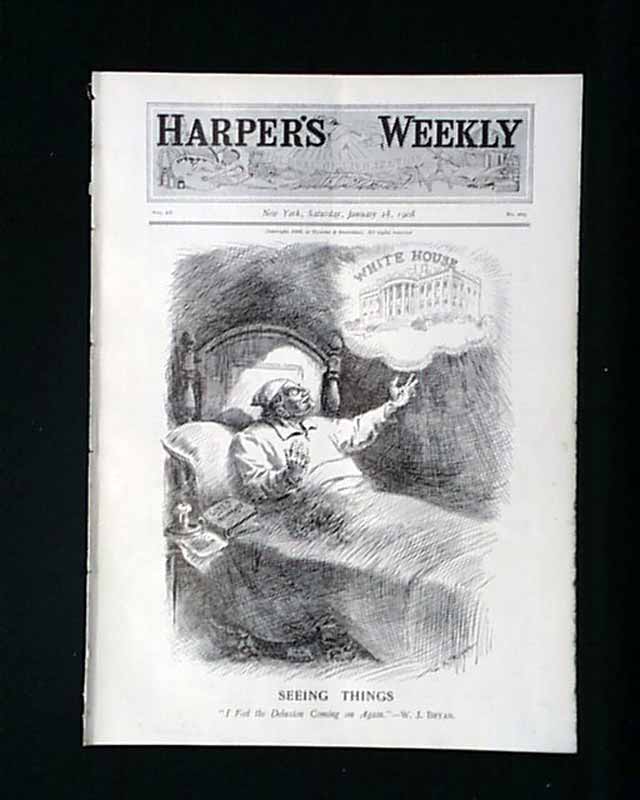 
HARPER'S WEEKLY, New York, January 18, 1908There is a front page illustration, "Seeing Things" by W. A.. Rogers. There are photos of "Rolling Down to Rio"; "Four Distinguished Literary Americans" including W. D. Howells, Mark Twain, Henry M. Alden, and Mayo W. Hazeltine. There is an illustration of "The Cook" by George Harding; photos of "Forging Another Link Between New York and Brooklyn"; "Taking the Lid off the Old Custom-House"; "Two English Visitors who Demand "Votes for Women"; and other advertisements of the day are included as well. See photos for full details.