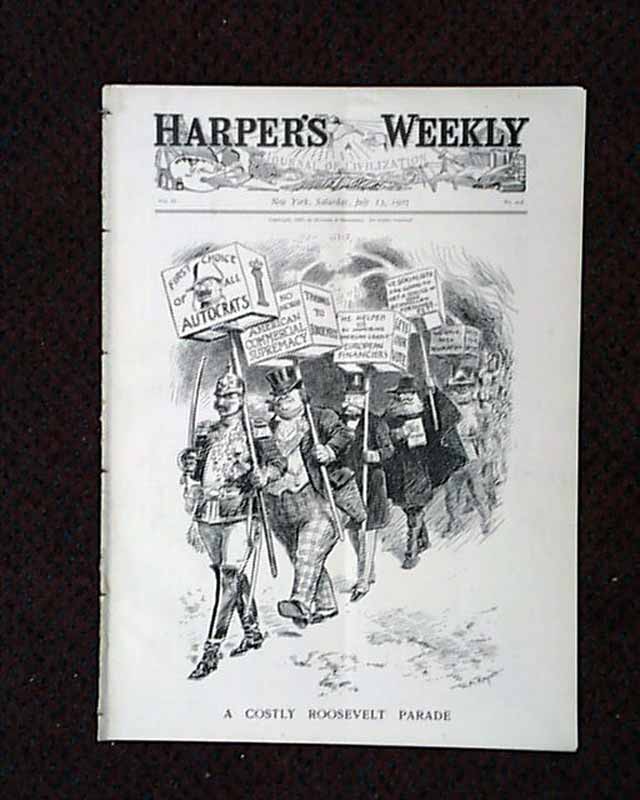 
HARPER'S WEEKLY, New York, July 13, 1907 There is a front page illustration, "A Costly Roosevelt Parade" by W. A. Rogers. There are photos of "A Democratic Presidential Possibility--Charles A. Culberson--Junior Senator From Texas"; "Developing the Automobile in England"; "London Flower-Girt Horse Show" and "The 'Innocent Abroad' Again" of Mark Twain. There also are two illustrations, one of "The Pirate" by James Montgomery Flagg, the other by Henry Jarvis Peck called "Thick Weather", and other advertisements of the day are included as well. See photos for full details.